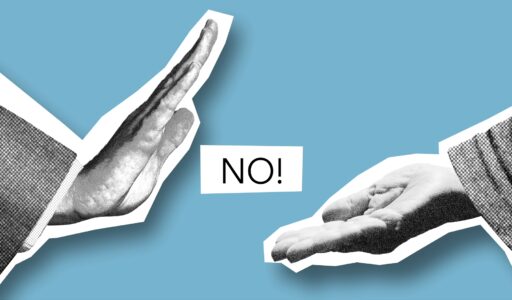 I was eleven years old, and I was thoroughly embarrassed. A week earlier, one of the counselors had asked me if I would share a Torah thought at an upcoming Shabbos camp meal in front of hundreds of others. I was a pretty confident kid, so I agreed. And then I spent many minutes preparing.

When the time arrived, I stood up on the bench and started speaking. Towards the end, my mind froze, and I couldn’t remember the next part. Somehow, I got through it, but I crumbled inside from embarrassment. Which resulted in me burying myself underneath the table afterwards in shame.

Thankfully, I did not let that early failure frame me. I knew that I was better than that and that I would succeed in the future. Which is what has enabled me to speak publicly thousands of times since.

The other day, I visited a school to address its faculty on growth mindsets. So often, we allow early failures define us as who we are or who we’re not. Like, “I’m not good at public speaking,” or “I’m awkward socially.”

A person with a growth mindset is on a journey of growth, recognizing that a lack of success doesn’t mean “no,” but rather “not yet.” Those with fixed mindsets, however, do not reach their full potential because they allow their self-imposed limitations restrict how far they can go.

Start with the interview – when meeting potential candidates, ask them what they’re good at and how they became good in those areas. See what their past challenges were and what they did to overcome them. Ask them how they would approach scenarios that demand more of them than what is in their present comfort zones. If they possess a healthy combination of skill and experience and demonstrate a growth mindset, you can be confident that you’re bringing a lifelong learner into your organization who will add much value to the team.

Naphtali Hoff, PsyD, is an executive coach who helps busy leaders be more productive so they can scale profits with less stress and get home at a decent hour. Register for his free productivity webinar at naphtalihoff.com/webinar.