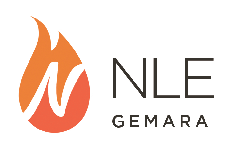 Ein Shaliach Lidvar Aveirah “I Was Only Following Orders” – The Criminal Agent (Kiddushin 42b).

If your Super Bowl winning football coach offers you money to injure an opposing player during a game, can you do it? If you’re caught, who’s responsible — “coach” or you?

The New Orleans Saints bounty scandal, widely dubbed Bountygate, was an incident in which several defensive players on the National Football League’s New Orleans Saints were accused of operating a slush fund that paid out bonuses, or “bounties”, for in-game performance in violation of NFL rules. The pool was alleged to have been in operation from 2009 (the year in which the Saints won Super Bowl XLIV) to 2011. Among other things, Saints players allegedly earned bonuses for inflicting injuries on opposing players that forced them to leave games; however, none of the hits in question were ever penalized or deemed illegal by in-game officials… NFL Commissioner Roger Goodell responded with some of the most severe sanctions in the league’s 92-year history, and among the most severe punishments for in-game misconduct in North American professional sports history. Former NFL commissioner Paul Tagliabue, appointed to hear appeals [on the case] , cancelled all of the players’ suspensions, saying that the coaches were primarily responsible for the scheme. (Wikipedia.org)

In this class we will delve into a passage in the Talmud and look into what commentators and contemporary halachic (legal) authorities say about an issue that we will discover can often hit close to home.

Whereas this NLE Thinking Gemara shiur does not directly address the New Orleans Saints bounty scandal, the contemporary cases and source materials cited can certainly be applied to it.