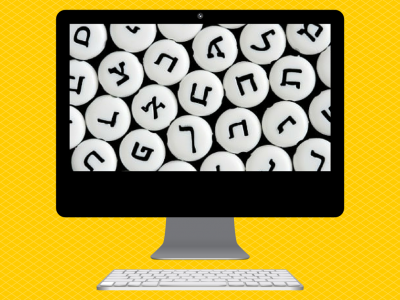 As you might know, there are many Hebrew words in Tanach and Chazal which seem to have the same meaning. If the meanings of words in Hebrew are Divine and intrinsic, then why would multiple words be needed for conveying the same concept? Multiple words for the same concept are not only superfluous, but also redundant and extraneous, not mention excessive and unnecessary!

The solutions to these sorts of dilemmas usually follow certain “templated” answers. In some instances the words in question only seemingly mean the same thing, but, in truth, there is a slight, barely-discernable difference between them. In other cases, a given set of words may actually refer to the exact same concept, but recall or focus on different aspects/properties of it.

Similarly, when dealing with verbs, multiple words can sometimes be used for the same action, but the different words can represent that action taken to different degrees or with different intentions.

Sometimes, different words actually complement each other in a taxonomical way, as one might be a general way of referring to something (hypernym), while the other is a more specific element (hyponym), collapsible into the category defined by the first word.

Finally, the Torah sometimes borrows words from different languages in order to illustrate a point, and those words might bear the same meaning as others words in Hebrew.

Would you like to learn more about this topic? Join our Google group What’s in a Word? and read my weekly essays at ohr.edu exploring synonyms in the Hebrew Language.

Rabbi Klein is the author of Lashon HaKodesh: History, Holiness, & Hebrew (Mosaica Press, 2014). He spent over a decade studying at several yeshivas including Yeshiva Gedolah of Los Angeles, Yeshivas Mir in Jerusalem, and Beth Medrash Govoha in Lakewood. Many of his shiurim and lectures are available for free online. His writings have appeared in Jewish Bible Quarterly, Journal of Halacha and Contemporary Society, Kovetz Hamaor, Kovetz Kol HaTorah and more. He currently lives with his wife and children in Beitar Illit, Israel. He can be reached via email to rabbircklein@gmail.com