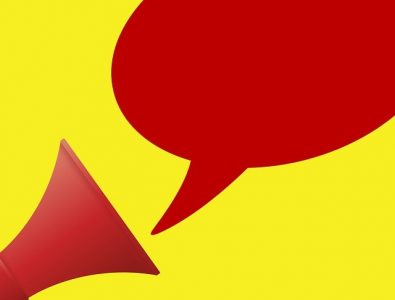 There are two unethical ways people often make themselves feel superior to others. They get others to look up to them, even though they do not deserve the attention or praise. Or, these people say or do something to make others feel bad about themselves. Essentially these are two sides of the same coin. This chapter will investigate one of these Jewish concepts and sins, making a person feel pain by intentionally saying or doing something to that person.

This is the sin of Onaat Devarim, or “hurting another person through words.” What exactly is the sin of saying something that causes someone to feel bad? If the words are true, is it a sin at all? How can we specifically define this concept in Jewish law? What exactly is forbidden and permitted to do or say in this area? Finally, how severe is this sin on the scale of Jewish transgressions?

HURTING OTHERS WITH WORDS – IN THE TORAH AND THE DEFINITION

While propping oneself under false pretenses is forbidden, as mentioned above, the other side of that same coin is the act of needlessly putting others down and causing them to feel anguish. Where does the Torah discuss this? What is the actual definition of the sin, and where and when is it permitted or prohibited?

Within three verses in the Torah, it twice says the words “Lo Tonu,” which can be translated as “You shall not defraud” or, more accurately, “You shall not cause distress” to your neighbor. Why twice? What is the difference between the two verses? Rashi explains, based on the Talmud (and is clear from the context of the verse) that the first verse refers to defrauding or distressing a customer in a sale, since the verse refers to selling. This signifies that it is forbidden to overcharge a customer for an item, make the selling price significantly greater than the going rate (usually at least one sixth above market value). The second verse refers to causing distress to a person with words. When Rashi explains this verse, he brings two different cases that cause distress to a person and represent the sin. First he says it is forbidden to “Yaknit” which is most accurately translated as teasing a person – i.e., making the person feel anguish by saying something that will distress him. The second example is asking the advice of a person in an area that he or she has absolutely no knowledge or expertise. Like the teasing, this will expose the person, make him or her feel embarrassed and cause psychological pain.  Therefore, both types of “Onaah-grief” cause a person needless distress – one financial and the other psychological – are forbidden.

Some specific cases of verbal “Onaah-grief” are pointed out in the Mishna, while others are expanded upon in the Talmud. The Mishna states that it is a sin of Onaah to enter a store and ask the salesman the price of an item if the customer has absolutely no intention at all to buy the merchandise. According to most opinions, this will unnecessarily cause distress to the salesman, who now expects to possibly make a sale but there is actually no chance of that happening. (This will be discussed in greater detail below.) The second example of the Mishna is more clear-cut: it is forbidden to tell a newly-religious person (Baal Teshuva) “I remember when you were a sinner,” as this will cause the person unnecessary distress and psychological pain. Similarly, concludes the Mishna, a person may not remind the son of converts that his parents were sinners before they converted.

The Talmud repeats the examples of the Mishna and adds more cases explaining what is considered the sin of verbal Onaah. If someone legitimately converts to Judaism (this would also apply to a newly religious person), it is forbidden to taunt this person and ask: “The same lips that ate non-Kosher food now wants to learn the holy Torah?” That Talmud continues and says that if someone is suffering terribly in life, either experiencing great and debilitating sickness or he has buried his children, for instance, it is forbidden to go over to this person (as did the friends of Job did) and say, “Do you know why you suffered? It was a punishment for your actions.” (It is important to note that just as the friends of Job were mistaken in explaining his suffering, so too, people who try to explain the reason for anyone else’s pain are usually wrong, and that is another reason why it is forbidden. See chapter about “How G-d Works in the World”.)

Another example cited by the Talmud is the situation where a person wants to buy wheat, and you send him (as a joke) to a person whom you know never sold wheat in his life. It causes distress to both the person desiring to purchase the wheat, wasting his time, as well as the person to whom he was referred. Rabbi Judah says that if a person has no money to buy an item, he may not go into a store and inquire about the details of the item as if he is trying to buy it (similar to the shopping case in the Mishna). Finally, the Talmud states that the verse prohibiting verbal distress intentionally concludes with the words, “You shall fear G-d, I am the L-rd.” Rashi, both on the verse and in the Talmud, explains this idea more deeply. In many of the circumstances described above, it is impossible to detect the actual intention of the person causing the verbal distress. In the case of the wheat, for example, the person may later say, “I really thought he did sell wheat,” and no one can know for sure what was in that person’s heart. Therefore, in these cases (and in any other cases where an onlooker cannot detect the true intention of the perpetrator of the sin), the verse always says “You shall fear your G-d, I am the L-rd.” This indicates that there are only two who truly know the person’s intention – G-d and that person. G-d will indeed punish the person, even though no human court can ever punish that individual, as it cannot determine intention.