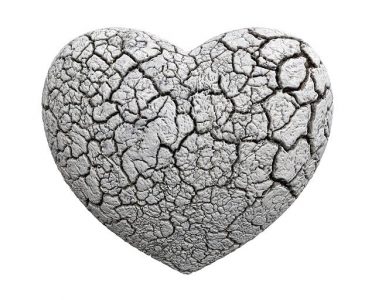 Every thinking person should agree that hatred is an emotion that not only hurts people, in general, but also damages many individuals who are the object of this emotion. Yet, hate is such a powerful feeling that it often guides the actions of many people and even the actions of nations. It seems very natural to hate and wish to harm someone who has wronged you. Should a person always fight that emotion or sometimes give in to it? Does Judaism advocate avoiding hatred in all situations or is it permitted to hate someone in certain circumstances? Or rather, should a person love everyone and hate no one? Is that really a Jewish idea?

WHERE AND WHY JUDAISM OPPOSES HATRED

There are many sources pointing out the strong antagonism of Judaism to the emotion of hatred. These sources flow from the Torah, the Tanach-Scripture, the Talmud and Midrash. The Torah specifically says that one may not hate a brother (fellow Jew) in one’s heart. The verse in Obadiah admonishes the Jew from rejoicing when a particular enemy is fallen.  Another verse also says that one may not be joyous when your enemy is defeated, lest G-d get angry. This concept, of not being happy when an enemy falls, is codified in the Mishna by Shmuel Hakatan.

The idea of hatred was so distasteful to the Jew that the Talmud records that the Second Temple was destroyed because of unfounded hatred among Jews even though they performed mitzvot-commandments and were also kind people. Furthermore, it also says in that passage that since we know that the First Temple was destroyed because Jews violated the three cardinal sins of Judaism – adultery, murder and idolatry (the only three of the 613 that one must rather die for rather than perform at gunpoint). This teaches us that he who hates needlessly, is as if he has violated all three cardinal sins combined! Other commentators have taken this Talmudic statement one step further. In view of the fact that the length of the Diaspora following the destruction of the First Temple lasted only seventy years but the length of the Diaspora following the destruction of the Second Temple has lasted more than 1900 years and is still continuing, we can further see the greater severity of the sin of hating as compared to the three sins of adultery, murder and idolatry.

The very essence of Judaism itself involves the avoidance of hatred. When Hillel was asked by a non-Jew to tell him the entire essence of Judaism while standing on one foot, Hillel replied, “Do not do unto others what is hateful to you. The rest is commentary. Now, go learn.” Thus, the essence of Judaism, according to Hillel, is not to act in a hateful manner. (It is interesting to note that this statement was expressed in the negative rather than the positive – to love one’s neighbor – as is stated in the Torah verse, because G-d does not mandate an emotion such as love. But G-d does demand actions towards others which are not hateful.) Sefer Ha-Chinuch calls this trait of hatred the ugliest of all human traits. The Mishna says that the emotion of hatred can remove a person from the world. We see that the Rabbis were so afraid of the emotion of hatred that they asked only Shmuel Hakatan, the epitome of the person who could not hate (and composer of the Mishna about not hating one’s enemy) to compose the nineteenth blessing in the Silent Prayer against talebearers and informers. It would be too easy for most people to write this blessing with a bit of hatred. The Rabbis, therefore, asked Shmuel Hakatan, who could not hate, to compose this blessing.

The first Jewish Diaspora in Egypt as well as Jewish slavery came about, according to the Talmud, only because of hatred. The hatred of the brothers for Joseph caused them to sell him and eventually bring the Jews down to Egypt. The very definition of a Jewish hero is not measured in terms of physical prowess. According to the Avot DeRabbi Natan, the ultimate Jewish hero is he who can turn one’s enemy into a friend – i.e., convert hared into love (see chapter about “Heroes” for an expansion of this theme). Maimonides informs us that the Torah attempted to eradicate feelings of hatred by commanding every Jew to help unload the burden on the back of an animal belonging to his enemy. In this, way, it is hoped, both parties will come to eliminate any feelings of hatred.

After the defeat of the great enemy of the Jews, Pharaoh and the wicked Egyptians who had mercilessly killed Jewish babies, who were drowned in the sea, the angels wished to rejoice and sing praises. G-d admonishes them by saying, “My handiwork (My creations, the Egyptians) are drowning and you wish to sing praise and be happy?” This shows that G-d and the Jews themselves should not hate even the worst enemies of the Jews. It also shows why one cannot hate anyone. The most evil person is still a creation of G-d, containing the image of G-d within. Thus, rejoicing at the death of any creation of G-d diminishes G-d. Therefore, on Passover, it is the Jewish custom to remove ten drops from the wine cup when recounting the Ten Plagues which killed many wicked Egyptians. Similarly, during the last six days of Passover, the entire Hallel (Praise of G-d) prayer is not recited, but two paragraphs are omitted in deference to the Egyptians, creations of G-d who died.