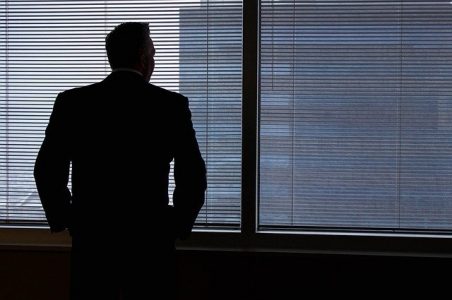 In the capitalist free enterprise system, all competition is generally encouraged. But the competition must be fair in order for the system to work. That is why the government monitors the system to insure that one competitor does not gain any unfair advantage, such as a monopoly. For this reason, for example, the United States government restricted the competition of certain industries and companies, beginning with the railroads in the nineteenth century and including Microsoft and IBM in the twentieth century. The antitrust laws in the United States or the Competition Law in Europe ensure that all competitors “play by the same rules.” Generally, if the competition is fair, the more competition there is in any given market, the better it is for the consumer. But what happens to the seller? If one seller comes to an area first and carves out a market for a particular product or service, but then a competitor sets up shop across the street, is that fair? Won’t it cut into the profits of that first seller who put in the time and effort to establish the market in the first place? The second seller may even put the first seller out of business, even though the first person should have certain rights to keep his customers. What is indeed fair in this situation? Is it encroachment for a second merchant to sell identical items near that first seller? Is it ethical? What does Judaism say about this?

Before delving into Jewish sources on this issue, we can benefit from examining the classic case about the rivalry between MacDonald’s and Burger King (even though these businesses are not Kosher except in Israel). It has been reported that MacDonald’s spent millions of dollars investigating the best location in each city before opening a branch there. Then Burger King merely decided to open up across the street from MacDonald’s, wherever it happened to be located in any city. It is generally agreed that through this tactic, Burger King rose to become number two in the fast food industry, right behind MacDonald’s. However, is what Burger King did fair? Ray Kroc, the founder of MacDonald’s once remarked, “I am not in the restaurant business. I am in the real estate business.” In fact, MacDonald’s today makes more profits from its real estate franchising than its hamburgers. But this does not answer whether or not what Burger King did is ethical. There are those who say it is immoral to try to take away customers from a competitor in such close proximity to an established store. On the other hand, others believe that MacDonald’s and Burger King each benefitted by having their stores near each other. Game Theory seems to suggest that each store will sell more, not less, if they are located near each other than if they are far apart, since more people will go to that area to eat if there are more stores open in the area. That explains why all over the United States many gas stations are located right near each other, and apparently the companies do not mind. What, then, is ethical and just, especially if the first seller at a particular location does indeed mind when new competition opens up too close to his or her business’s location? This chapter will investigate this question from the Jewish perspective.

THE GENERAL VIEW OF JUDAISM TOWARDS ENCROACHMENT

In the Torah, the prohibition of encroachment is called “Lo Tasig Gevul – One may not change the boundary.” This principle technically refers to illegally extending one’s land ownership by changing the boundary marker dividing the land with one’s neighbor’s land. However, already by The Middle Ages this phrase also referred to encroaching on the business of someone else. Maimonides uses this phrase when discussing a Mohel, someone who performs ritual circumcision, in a case where someone tried to replace the “usual” person in the community who performed a Bris, and was even willing to give away his payment to charity. Maimonides called this encroachment, prohibited the second Mohel, and labeled the attempt to donate the funds received as payment to charity as a “mitzvah-commandment that came about through a sin.” The phrase is used once again in the Torah, which curses the one who practices encroachment on the field of a neighbor, as Rashi explains.

When King David tries to reduce the 613 commandments to a few basic principles, one of the eleven fundamental concepts in Judaism is based on the verse “not to do harm to one’s fellow man,” and the Talmud states that this refers to the prohibition of “going down (to interfere) with the livelihood of one’s fellow Jew” – i.e., the prohibition of encroachment in business. Similarly, based on a verse in Ezekiel, the Talmud prohibits encroachment, which is understood to prohibit the taking away of business from someone who is already established in that business. What is prohibited precisely, when is setting up a rival business forbidden, and other aspects and ramifications of this prohibition are discussed in detail in the Talmud, its commentaries and the Rabbis until today.