OLAMI Resources   /   Featured Posts   /   Three Words to Get What You Want 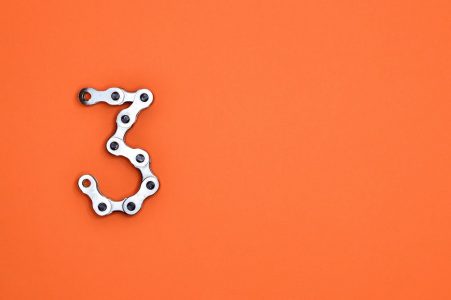 If your donor tells you to expect a smaller donation this time, what do you do? Can you negotiate?

Before I had the privilege of guiding others in their fundraising, I spent over a decade raising funds for some incredible organizations. Alongside seeing lots of hatzlacha, I did bump into failure plenty of times along the way.

A story I’ll never forget: one of my largest donors experienced a financial downturn. One day, he let me know he would be making a serious cut to his yearly donation.

“Normally,” he explained, “I would maintain the level I’ve been giving at. But with what’s going on in my business, I really have no choice.”

I quietly accepted his decision. At the time, it seemed like the smartest thing to do – I didn’t want to cause damage to a crucial relationship.

A while later, I peeked at his foundation’s 990 which lists all his donations in the previous year. Predictably, he’d given away many millions that year. He’d cut my organization, he’d cut some others, but he’d given massive gifts to plenty more.

Every time I think back to that conversation, I ask myself: could I have reasoned with him? Did I really have to accept his decision?

I know I’m not alone. If you’ve been fundraising for a while, you’ve doubtless encountered situations like this.

How do you react? Accept, or push back? And how do you decide which way to go?

Bestselling author and communications expert Janine Driver delivered a fascinating TEDx talk called “How Five Simple Words Can Get You What You Want.” In it, she reveals two types of words that signal wiggle room in negotiations.

What are these words? “Decided,” and words ending in “-ly.”

“I’ve decided to start taking my wife on a weekly date.”

“I’m heading to the grocery store for some paper goods. I’ve decided I won’t buy anything else.”

How many times have we decided to do things, then completely reneged on our decisions?

“Normally, we’d give at this level, but we’ve gotten so many more requests this year…”

“We’d usually give that amount, but we’ve got a lot going on now…”

Basically, usually, normally, ordinarily, typically, generally – these words whisper that our negotiation partners are more flexible than they’re letting on. Nobody uses “-ly” words when stating a hard fact: “Typically, I have six kids.” “Normally, I’m fifty years old.” “-Ly” words get used when there’s a bit more ambiguity in the picture.

Now, tachlis: when you’re talking to a donor, and you hear “decided” or an “-ly” word – should you take advantage? Should you push?

How will absorbing the loss affect the people you serve? How will it affect your organization’s growth – or even its survival?

Yes, negotiating is worth a try.

Happily, Driver has identified a magic word to use when responding to “decided” and “-ly”s: the word “because.”

Why does “because” hold such power of persuasion? Because it allows you to use reasoning to get your point across. By saying “decided” or “-ly,” your donor has essentially told you, “This is where I’m currently at, but if you give me a good-enough reason, I’ll move.”

So give them that reason!

You: Because you’re a board member, you understand better than most people how crucial $50,000 is to helping us keep X program running. Would you maintain last year’s gift level of $50,000?

Donor: Generally, since Covid’s come on the scene, we’ve shifted our focus to other types of organizations.”

You: Because our X, Y, and Z services have done so much to help people through Covid, would you consider prioritizing our organization?

Now you know, friends – it’s crucial to listen to your donors’ every word. And if you hear one of our wiggle-room words, seize the opportunity.

“Because” there’s so much at stake if you don’t.

Have a great fundraising week,

Avraham Lewis guides Jewish leaders – to raise more – and make their biggest difference in Am Yisroel.

– See what other Jewish leaders are saying about working with Avraham here.

– Find out more about working with Avraham at avrahamlewis.com.