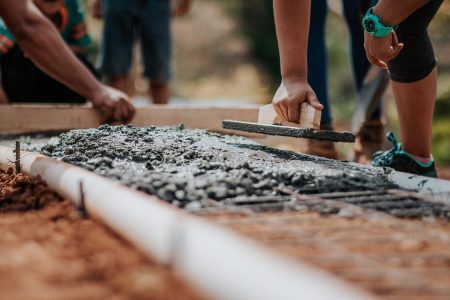 A while back, while fundraising for a kiruv project geared for American Jewish students, I decided to do something out-of-the-box.

The American fundraising landscape is filled with Jewish (or Jew-ish) philanthropic foundations. Most of them weren’t established to fund your typical Torah learning program.

But I wanted to conduct a little experiment.

I wanted to see what would happen if I reached out – cold – to 100 of these foundations, and pitched my organization based on its social justice and leadership-training aspects.

Using my subscription to www.foundationcenter.org, I entered “Jewish causes” into the search bar. Up popped over a thousand options – with a combined annual giving rate in the hundreds of millions of dollars.

Next, I set about tracking down contact details of around 100 of these foundations. Numbers and emails in hand, I reached out to every single one.

My experiment revealed a new way to categorize Jewish foundations. Each foundation I researched fit neatly into one of three boxes:

A Wealthy Guy (with a Foundation) isn’t generally different from any large solo donor. He just likes the tax or financial planning advantages that come with giving through a foundation. So he sets one up for himself, and gives through it.

These guys can be treated just like any big new prospect. No formal application, no red tape. Just good connection-building practices. Plus, you get the advantage of seeing the donor’s giving habits, so you can do good homework before you make your solicitation.

On to the second type. A Man with a Mission (M.W.A.M.) typically starts a foundation to channel funds toward one particular mission or vision for the world. Obviously, if they’re into saving koalas and you run a school for at-risk youth, reaching out to them would be a waste of your time.

But. If you do come across a M.W.A.M. foundation who could potentially see your work as an agent of their vision, you gain an edge. In this case, even a cold call might prove a powerful first step in building a lucrative relationship.

And, the third type: when a group of trustees make the giving decisions around Someone Else’s Money – when the original founder has died or disappeared from the picture – you gain a new kind of opportunity.

Whatever the original founder had in mind for his money, he’s now left his intentions up for interpretation by his trustees. So if your cause speaks to any one of them, or to them as a group, you gain an in where there might not have been one before.

One powerful discovery I made through this experiment concerns foundations who restrict their funding to one specific city or state.

If you find a foundation in your locale who might be sympathetic to your cause, you may have hit a nice-sized jackpot.

Why? Because many of your donors are likely located in your area.

And chances are one of them knows someone connected to that local foundation.

Truthfully, even without that super-handy connection, I’ve seen Mosdos Torah win big by reaching out to local foundations – even if, at times, their work didn’t fit perfectly into the foundation’s stated criteria.

Which is why I found this discovery extra-noteworthy.

So – how did I actually do? Did I get my three 10K+ donations from those 100 foundations?

Weeell, here’s what I did get. After a cold call to a trustee at a “Someone Else’s Money” foundation, I actually got a gift of $2,000.

I thought that was pretty nice, for the amount of effort and seriousness I invested in my little experiment.

If you don’t expect quick results, but instead invest a bit more effort in building relationships over the longer term – there’s no reason you can’t do much better.

Read what Jewish leaders are saying about working with Avraham here.