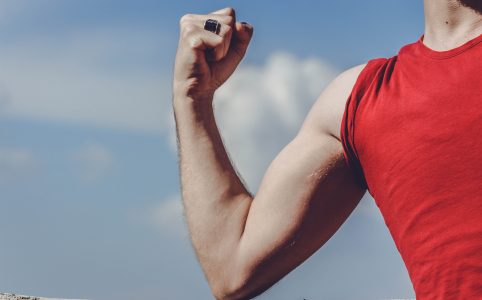 In previous productivity steps we planned our work (Step 1), put systems in place to keep our people informed and in sync (Step 2), rolled up our sleeves to get work done (Step 3), and identified strategies to sustain the momentum we’ve built (Step 4.) This post goes deeper on Step 5, Leading for Maximal Productivity.

The fourth component of this productivity-through-leadership leadership step is to set your people up for success, by putting them in position to get more done. Here are some ways leaders can do just that:

Allow people to work remotely – 86% of employees say they’re most productive when they work from home, as cited by Fundera. 77% of employees report greater productivity while working off site, according to the Remote Collaborative Worker Survey by CoSo Cloud. 64% of global business leaders said flexible working had a positive impact on productivity, Condeco reports. Telecommuters are 14% more productive than their office-bound colleagues according to a study released by Stanford University. Research found that working from home increases job performance and productivity while also decreasing the number of sick days taken.

Plan workspaces for maximal productivity – When people are in the office, make sure that it’s an environment that’ll promote their best work. This usually means giving people defined workspaces where they can think and produce without continuous disruption. An Exeter University study states that open office layouts create a 32% drop in overall well-being and a 15% reduction in productivity.

Promote connection – Workplace connection results in many benefits, including stronger communication, greater synergy, enhanced anticipation of others’ needs and worries / concerns, and, last but certainly not least, increased worker engagement. When we feel connected, we operate with a sense of purpose and utilize our many talents and abilities to advance that purpose, consciously as well as subconsciously.

The need for connection at work is perhaps stronger today than ever before. It has become an expectation, especially amongst younger workers, that the workplace be a source of meaning and intention, not just a place to collect a paycheck.

Ironically, the technological communication that has become the hallmark of Millennials – texting, social media, and the like, even when in close physical proximity – has in many ways served to connect us only superficially, leaving us hungry for the deep, meaningful and fulfilling linkage that only direct, interpersonal communication with real emotion sharing can achieve.

Focus on worker engagement – For many of us, a large portion of our days is spent at work. In fact, the average person will spend a total 90,000 hours – or approximately a third of their lifetime – at work.

The sad reality is that according to a recent Pew study, 30% of American workers view their days as something to get through (“just a job to get them by”) rather than a source of real satisfaction, let alone an opportunity to grow and contribute. 90,000 hours is a heck of a lot of time to burn through.

The statistics about worker disengagement are staggering. We read all the time about how workplace engagement levels are low here in the U.S. and even lower around the world. Loss of productivity is estimated to cost employers hundreds of millions of dollars annually, if not billions. And it all stems from how disconnected folks feel from the people working around them, the work that they do each day, and the purpose that it serves to them and to others.

Without question, it falls on the boss to promote engagement through modeling, messaging, and educating. The following are tips to help leaders create an engaging workplace that gets the most out of workers.

There are four things to keep in mind when communicating a vision. One, a vision should be simple, vivid, impactful, and repeatable. Simple means that the meaning is plain and uncomplicated. When President Kennedy presented a vision for the space program, he did not indulge in complex verbiage. He kept things simple. The goal is to land a man on the moon before the end of the decade (1960’s). Though he did not live to see it, the steps of Neil Armstrong made his dream a reality.

Two, a compelling vision is vivid. Metaphor, analogy, and example all serve as excellent ways through which to crystalize the objective.

Three, visions should be impactful and include big ideas. Big ideas are what get people excited. People want to feel motivated about coming to work and doing their jobs. They want to feel that what they do matters.

Finally, visions should be repeatable. Distill them to but a few words, a catchy slogan, jingle or mnemonic. The idea should be able to be spread by anyone to anyone. In this way, they are kept front and center in people’s minds and have the greatest impact.

Make work satisfying – Work satisfaction is important for workers as well as bosses. Satisfied employees tend to produce higher quality work for more sustained periods. They bring a more positive attitude to the workplace, making them better liked and easier to be around. Satisfied workers tend to learn more about their jobs and seek new content and skills to help them perform at higher levels. They will have their input and contributions more readily sought after, making them likelier to be given interesting, challenging work and stand a better chance of being promoted into a leadership position.

The following are tips that can help your people think more positively about their work and gain greater satisfaction from it.

Happiness and engagement at work is a choice. Sure, there are factors that we can’t control that can make our work intrinsically more enjoyable and satisfying, but the ultimate responsibility for such feelings lies squarely with us. We can spend each day thinking about what isn’t good about our work situation and how to get through it and to our next break as painlessly as possible. Or, to quote Seth Godin, we can aim to “set up a life you don’t need to escape from.”