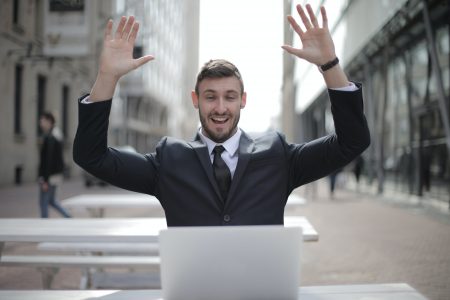 Do you have “fluffy-idea antennae?”

When you hear something beautiful and inspiring, is there a sensor in your mind that occasionally sends you the message, “Sounds nice, but beware lack of depth?”

Some of us might have gotten that sense after reading last week’s email.

We may have been thinking, “It’s really nice to talk about the difference between keeping Torah and living Torah, and how living Torah allows us to fulfill our mission of bringing Hashem’s presence into the world, etc. etc.

Excellent question. According to Rav Yoel Sirkis (otherwise known as the Bach), however, the premise is incorrect.

Chazal tell us (Nedarim 81a) that the first Beis Hamikdash was destroyed for a rather surprising reason: before learning Torah, the Jewish people weren’t making the requisite brachos.

Really? Forgetting some brachos? That’s what earned us such destruction and exile?

The Bach brings clarity with the following explanation: Hashem didn’t just give us the Torah as a guidebook for a moral life. He gave it to us as our medium to cleave to Him. To absorb and embody His holiness. To radiate that holiness throughout the world.

Leaving out these blessings on the Torah meant we weren’t engaging in Torah with these intentions in mind. We weren’t trying to be Hashem’s ambassadors. We had our own personal reasons. We wanted to know halacha. To fulfill our obligations. To bring ourselves honor.

Without our intent to shine Hashem’s presence onto the world – it couldn’t continue to shine. So He removed it from among us, and exiled us.

According to the Bach, this intent to increase Hashem’s presence is essential to living as a Jew, to fulfilling Torah properly.

At Har Sinai, every word Hashem uttered made our souls fly out of our bodies. He would revive us, speak again, and we would perish again. The cycle continued until we begged Moshe Rabbeinu to stand in between ourselves and Hashem.

Why did this have to occur? Didn’t Hashem know we wouldn’t be able to handle hearing His words? Why did He set things up this way?

Because He wanted us to internalize that receiving the Torah meant completely departing from our ordinary lifestyle and entering a new existence. No longer were we regular people who tried to live good lives – by accepting the Torah, we were now fully and completely Hashem’s earthly ambassadors.

Intention to fulfill our purpose, to live for Hashem’s glory, isn’t just a fluffy idea. It’s the difference between living as an ordinary person, and living as a Jew.

Rabbi Levi Lebovits is the Director of the Vaad Project, Yeshiva Toras Chaim of Denver. Click here to sign up for his weekly avodah emails.