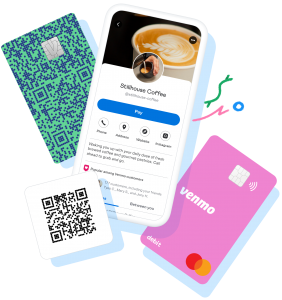 Did you know? Detroit millionaire Bill Pulte gives away cash. He calls it “Twitter Philanthropy” and claims to have doled out $800k+ via Cash App to his 3m followers.

Caitlin Dewey says Pulte is part of a larger shift in the charity space that has seen payment apps such as Venmo facilitate direct giving.

Let’s be honest. Nonprofits need to look for new and creative (read easy) ways to get funds. In particular, small nonprofits – largely community-based – are cash-crunched: 92% of the 900k nonprofits that filed IRS returns in 2016 had budgets <$1m. COVID has only shrunk these figures.

Technology is cutting out organizations entirely

Here are the cold hard facts: the average young adult household gives $443 to charity vs. $624 two generations ago (inflation-adjusted).

And yet, the rise of Charidy, GoFundMe and Kickstarter has “trained” an entire generation to support direct giving – a much older form of tzedakah.

Apps like Venmo, Cash App and Zelle remove any frustration that Millenials feel when giving tzedakah and has been booming, yes…during the pandemic. According to AppTopia, payment app downloads increased by +94% between March and October.

Dewey notes that while these downloads weren’t specifically for charity purposes, there was enough activity for an official #VenmoItForward campaign at the start of the pandemic.

As we get closer to the year 2023, it is incumbent upon all nonprofits to think forward and realize that, “If traditional nonprofits refuse to engage with direct giving… it will probably develop into a threat,” one charity exec tells Dewey.

Think forward and not just about #GivingTuesday, and make sure that you and your nonprofit are set up for easy giving of tzedakah in the months and years ahead.