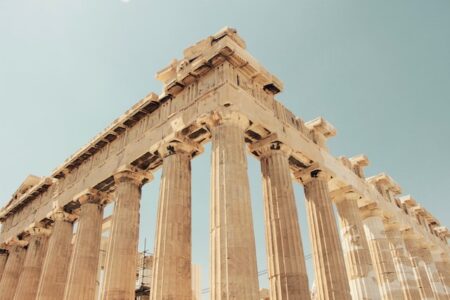 COMPARING THE CELEBRATIONS OF PURIM AND CHANUKAH

When comparing Chanukah with its “sister” Rabbinic festival of Purim, we notice a stark contrast in the nature and focus of the celebration:

What is behind these different modes of marking the festival?

The classic explanation of this matter is that it reflects the differing nature of the oppression from which we were saved:

Let us consider a further approach. When we discuss the ideological confrontation between Greece and Israel, we generally describe it as the confrontation between philosophy and Torah. However, as we know, the Greeks also had their deities; in fact, they had a lot of them! How does their approach to religion fit in with their emphasis on philosophy, and how did this form part of the conflict between them and us?

A key point to consider here is that the difference between monotheism and polytheism lies not just in the number of deities to which one subscribes; it reflects a fundamentally different approach to one’s relationship with the deity.

In the Greek polytheistic view, each of the many deities in the pantheon was in control of a different force. When a person needed something in a particular area, he would petition the deity associated with that area for success. If he had no such need, he would not make contact. This was a purely benefit-oriented arrangement, with no significance ascribed to the relationship itself. Moreover, since each deity was in control of only one force, it was naturally in conflict with other deities controlling conflicting forces (as reflected in the numerous power-struggles that comprise much of Greek mythology) and hence was in constant need of empowerment. The service of that deity was looked upon as providing it with that empowerment, in return for which the deity would grant success in its area of control. In brief, the approach was, “If I scratch the deity’s back, it will scratch mine.”

The Jewish People do not subscribe to any deity other than the One G-d Who controls all forces. This has radical implications for our understanding of Divine service. If Hashem alone is in control of all forces, then He is not competing with anyone else and is in no need of empowerment. If so, then what is the goal of serving Him?

The answer leads us to a completely different approach to religion. Our relationship with Hashem is not about what He wants from us, but about what He wants for us. Through fulfilling Hashem’s will, we elevate ourselves to become more like Him and to draw close to Him, thereby partaking of His Infinite Goodness. In other words, the relationship with Hashem is not a means toward some external benefit; it is the goal itself. To live a G-dly life of truth and kindness is the greatest reward.

Born and raised in London, Rabbi Immanuel Bernstein learned in Yeshivas Ateres Israel, Jerusalem and received his rabbinic ordination from Rabbi Chaim Walkin zt”l. יבלחט”א Rabbi Bernstein currently teaches in Yeshivas Machon Yaakov, Jerusalem, as well as various seminaries, and gives regular shiurim on Chumash and Talmud, which are open to the public. He lives in Jerusalem with his family.