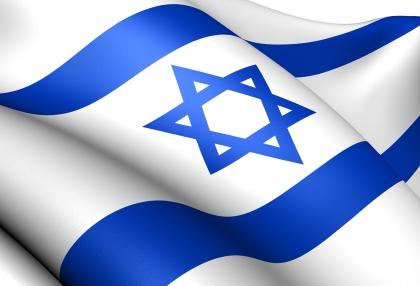 The last Mishnah in Ta’anis states: Rabbi Shimon ben Gamliel says, “There were never happier days for the Jews like the fifteenth of Av and Yom Kippur for on those days the daughters of Jerusalem would go out and dance in the vineyards…”

“Tu B’Av” – the fifteenth day of the month of Av is a day which after the difficult and painful days of Tisha B’Av is supposed to be a day of unity and of joy. It should be a day when the Jewish people are unified and at peace; a day when they are able to dance and engage in the ultimate unity – the joining together of a man and wife.

The world thinks of us as cultish zealots who will stop at nothing, including the murder of children and the back stabbing of women to achieve our goals. Lest you think that only ‘Hareidi Jews’ or only ‘Settler Zionist Jews’ are thought in such pejorative terms, you are wrong; all of us who wear the yarmulke have been defiled with the stain of hatred.

Over the last 24 hours, two events, one by a ‘Hareidi Jew’ and one by ‘Settler Zionist Jews’ were flashed across news outlets across the world. “Jewish Attack on Palestinian Home Kills Toddler” screamed the headline in one U.S. news site. “Six stabbed by ultra-Orthodox Jew” was the main headline in the BBC.

We are naïve if we believe that these comments are just ‘anti-Semitic.’

We are fooling ourselves if we don’t realize that our reputation has been tarnished and blemished by the acts of these individuals. And this is very sad; for above all, Hashem’s holy name has been sullied.

Why is it that when one Jew is on trial for this or for that we are sure that the real reason behind the accusation is that ‘all goyim hate Jews’; however, when one Jew does something wrong we ‘know’ that he is ‘just one exception’ and he does not represent all of us?

Why is it when we read about a non-Jew who does something outrageously violent I hear comments like, “that’s how ‘those people’ are”; and yet when a Jew throws a fire bomb into the house of a sleeping family he is no way shape or form indicative of ‘all of us?’

Is this not a double standard? Am I wrong in asking all of us to be just a bit more introspective?

This is not the Tu B’Av we hoped for. Perhaps it is because our Tisha B’Av was not the one Hashem hoped for?

Have something to add to this story? Share it in the comments.