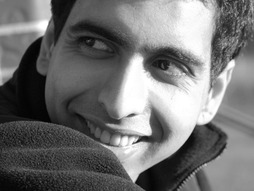 I’ll admit it. I have only recently heard of Salman Khan. Prior to hearing of this “Professor 2.0,” if you would have mentioned the name Salman Khan, I would have easily assumed it was a new dish at a high end fish restaurant. In all seriousness, what Mr. Khan has done is something that we should all respect! Here was a bright young man with a future that only seemed to suggest that he would become rich…if not certainly comfortable. He was a senior analyst at a hedge fund (prior to the onslaught of the Great Recession), holds an MBA from Harvard Business School, an M.Eng and B.S. in electrical engineering and computer science from MIT, and a B.S. in mathematics from MIT.

On paper and in person Salman Kahn is one impressive individual. And then…he gave it all up!!!

It all started when he tutored his cousins by posting math tutorials on YouTube. Six years later, he has posted more than 2,000 tutorials, which are viewed nearly 100,000 times around the world each day. Currently, he is the founder and faculty of The Khan Academy a not-for-profit organization with the mission of providing a FREE world-class education to anyone, anywhere. It now consists of self-paced software and, with over 1 million unique students per month. What’s more, ALL 2000+ video tutorials, covering everything from basic addition to advanced calculus, physics, chemistry and biology, have been made by Salman.

I’d venture to guess, that there’s not many people who will give up a life in the finance world to start from scratch and build an online academy. However, that’s exactly what Mr. Salman did. He had a dream and he made it a reality!

In so doing, Mr. Khan is truly rich, for he enriches the lives of millions of people the world over. To learn more about his life work, and his enlightening educational model, I encourage you to set aside time to watch this Ted Talk:

As a Jewish educator it is my hope that we can see brilliant laymen and individuals from within our greater community walk in the footsteps of Mr. Khan and consider not even dropping their profession entirely, but giving of their time and expertise, to educate and empower the future of Klal Yisrael. Solely assuming that, “I’ll just leave it up to the Rebbe,” is not a path that will lead us on new modes of conveying the ancient wisdom of the Torah.

One such person that I can think of is Mr. Charlie Harary.

Mr. Harary is the First Vice President of Residential Operations and Legal Counsel of RXR Realty, (a multi-billion dollar Real Estate Company based in New York). And yet, as someone who considers Rav Shmuel Brazil his Rebbe and who spent time in Yeshiva Sh’or Yoshuv, Mr. Harary gives not solely of his money, but he spends countless hours using his innate and intangible talents (on the weekends as well!!) to educate and inspire young Jews through live presentations as well as a plethora of videos that are posted online.

I’m glad that innovative educational initiatives such as TorahLive exist. I believe that for good or for bad this method of education will be necessary in hundreds of Jewish classrooms around the globe.

Likewise, due to the economy, Hebrew Charter schools have formed (see here).

In short, I see our current stage in Jewish history as a transformative time period. Do we need to solve the Tuition Crisis?

But in addition to figuring out how we can afford the cost of a Jewish education, we need to solve the seemingly increased disconnect between Educators and contemporary children who stare at a screen for hours and hours a day (see here).

Our goal should be to show the “Facebook Generation” that the greatest book that there face should be in is called the Torah!

And so, that is why I respect Salman Khan & Charlie Harary…and why you should as well!