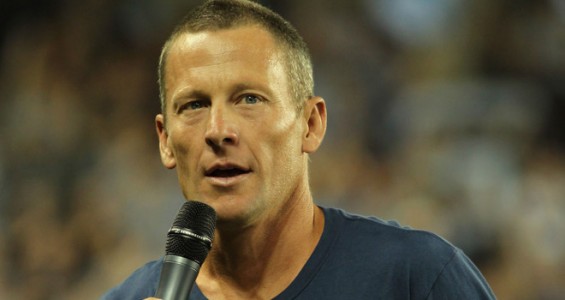 A few years ago when I was traveling, a relative suggested I read the book “It’s Not About the Bike: My Journey Back to Life” by Lance Armstrong. They said that as a person who appreciates inspiring stories about overcoming obstacles, I would be impressed with the book and may find future fodder for future Vorts in it. I read the book and do not recall being particularly inspired.

And in truth, I did not find a reason to ever mention the book in the Vort; that is until today.
Today, I noticed a news report that the United States Anti-Doping Agency released a two hundred page report which chronicles Mr. Armstrong’s illegal usage of drugs and of his encouragement to others to use them.
In short, the report depicted Mr. Armstrong as a controlling, deceiving and manipulative power hungry individual.
He was a lying, and deceitful person who although he constantly claimed that his successful battle with cancer precluded him from abusing drugs; in truth it was just the opposite. He banked on his cancer recovery to act as a shield and as a smoke screen which he constantly evoked as his ‘proof’ of innocence when in reality his cancer recovery was the perfect ‘alibi’ to hide his drug abuse.

Mr. Armstrong is correct in calling his book: It’s Not About the Bike. It’s not; it’s about power and prestige; money and fame; winning and never losing.

Mr. Armstrong is not a source of inspiration; quite the opposite, he is an example of the corrupting influences of greed and through him we realize that even a person who was literally saved by Hashem is never free from the clutches of greed, honor and pride.

Unfortunately for Mr. Armstrong, his cancer recovery did not humble him; quite the opposite. It emboldened him to act with complete impunity and with a feeling of entitlement.

“The first thing Hashem did was to ‘make a mensch’. We see from here that becoming great and accomplished is important. However, the first thing to accomplish is ‘making a Mensch! Menschlichkiet always comes first in the list of priorities.”

· Winner of the Tour de France

When being a ‘human being’ is listed as the last adjective then today’s news report should surprise no one.

Too bad I did not recall the priority list of the Chofetz Chaim was I first saw the cover; I could have saved myself precious time.