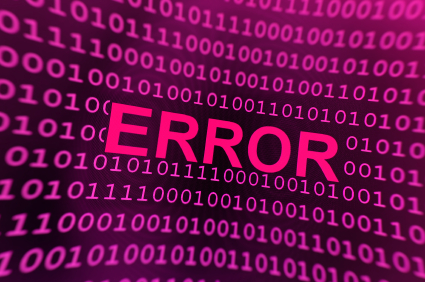 See how the world turns on two ideas. The first, that there is  one God determining the absolute values by which we should live; the other, the seething cauldron of pluralism and multi-culturalism – in its extreme form a flirtation with relativism. Along comes Pesach – philosophically bound by the former approach – and determines that freedom is intricately bound with questioning. Now wait a minute! Do we accept God’s decree or do we question?

The Hagada – that document of Jewish freedom – says we do both. The Hagada, says Jewish law, must be done in the form of questioning and answering, even if the questioner is a great sage. Even if he is sitting alone, he must question himself (Rambam, Hilchot Chametz U’Matza, Perek Zayin, Halacha Beit).

The four questions we know are four types of sons, each questioning life, God and the Torah from a different angle. This implies that the Jewish father produces children, all of whom are different, all of whom will ask different questions – but, more importantly, all of whom ask questions.

In fact, God Himself asks questions, and in the very holy Torah itself. “Where are you?”, to the first man, “Have eaten from the Tree?” “Where is your brother?”, to Cain. And how can a Torah, Divine wisdom, ever even contain a question – seemingly implying a lack of clarity. But, from this we see that a question, properly posed,  is a movement towards knowledge and therefore the Hagada stresses that we must embrace the concept.

One non-hero of the Pesach story is Iyov – Job. Iyov, we are told was asked by Pharoah what to do with the Jews and he ran away. For this, he is punished by God with terrible pain. Iyov’s friends come to console him. They give all kinds of deep explanations as to the meaning of his suffering, but he rejects them all. Right at the end of the book of Iyov, we are told that God praises Iyov and scolds his friends. This does not make sense. Was not Iyov the doubter? Were not his friends the ones who came to explain God’s actions? No, says the Malbim. Iyov was the true believer. But his intellectual honesty was such that he was not willing to accept any explanation that did not ring true. The friends had a shallow faith which they buttressed with tired explanations which they bandied about ideas without understanding. God wants us to question, to explore with intellectual honesty. Our faith is no leap into the irrational dark – rather it  it is a rational extension of  what we know. We come to challenge our assumptions again and again, to deepen our faith and stretch its parameters.

Every question shows a certain expansion of understanding. The questioner is stretching his horizons by taking what he presumes to know and seeing how he can use that to penetrate into the not yet known or understood. The problem (the question) is itself the beginning of the solution, not only because a good  question points us in the direction of the answer (שאלת חכם חצי תשובה היא), but also because the very nature of the questioning is a part of the bigger answer we are to seek from life.

But let’s push the envelope a little.  Ironically, the methodology of expansion presumes a failure of understanding of sorts. The question begins an expansion which is defined by a delineation of failure – of what is not understood. The irony is a double irony – because  the failure itself is not just a means – it is a part of the ends. In Mishlei (Proverbs) we read, שבע יפול צדיק וקם – Seven times a Tzadik falls and gets up. A Tzadik (righteous man) doesn’t allow adversity and failure to stop him. He picks himself up, dusts himself off and moves on.

But that is not what is meant by this verse, said Rabbi Yitzchak Hutner. What is meant is that, in order to become a Tzadik one has to face adversity – one has to have failed again and again. One does not become a Tzadik despite failure, one does so because of failure. For failure is but a part of the collage of options that one must embrace in order to get to the truth.

In his book, Where Good Ideas Come From (Riverhead Books, 2010.), Steven Johnson brings failure as one of the sources of historic good ideas. After describing how the vacuum tube, the heart pace-maker, modern photography, penicillin and other things were discovered through errors, Johnson states, “Error is not simply a phase you have to suffer through on the way to genius. Error often creates a path that leads you out of your comfortable assumptions. De Forest was wrong about the utility of gas as a detector (the vacuum tube proved to be far better), but he kept on probing at the edges of that error, until he  hit upon something that was genuinely useful. Being right keeps you in place. Being wrong forces you to explore” (Johnson, pg. 137). Being wrong leads you to question – in a way that you might never have before – and questions lead to knowledge.

We don’t fail deliberately of course. We strive for truth. But, in a world where truth is but one, and diversity takes endless forms, we must, perforce, face our own human condition not as a curse, but as part of God’s blessings to us. In Haggadah terms מה נשתנה הלילה הזה – How (or why) is this night (the darkness of our human condition), different from all other nights? And we answer, after much thought, How could it be different?  We joke that Jews answer a question with another question. But it is no joke, is it not?