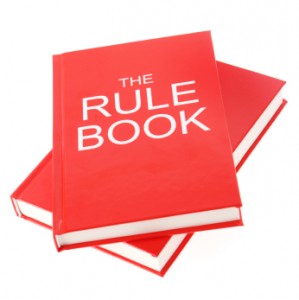 Much ink has been spilled on how to be a Jew in the world we live in. In Russia, Jews still have to struggle with how to keep the Sabbath when most jobs and university classes are in full mode. In Argentina Jews question whether their country has a future and in Hungary, anti-Semitism is the frontal issue. But, for the rest of us, it is secularism. Intermarriage is just the most obvious, outermost expression of a methodology of thinking and a comprehensive set of values which goes deep into the bones of all of us.

For over three centuries now, secularism has born great fruit for Western man. We live in wealth, with law and order, with freedom, equality, democracy …. the model has worked. Sure, it has gained some huge problems too: loss of nuclear family, moral relativism, and a host of others. But, the vast majority of humans, faced with a choice, would embrace the core elements of the Western model.

But what is the core value of Western society? It is moral autonomy. Judaism (and other monotheistic religions) claim that there is a higher authority – that we embrace – not dictate – values of the Divine. Moral autonomy states that people ought to respond to the voice of his or her own reason.1 This is not moral relativism in the extreme sense. The Western world has come to a consensus that harming others, stealing, killing, abusing minors and hundreds of other things are morally reprehensible. They would argue that no one has the right to decide that these are ok things to do. Perhaps this is inconsistent, but the patch-quilt of values has served man well.

Autonomy has led to us admiring new values – (rugged) individualism and creativity are the two most outstanding. The idea of fulfilling your own potential, of doing that as a unique individual like no other in a society that gives you the space to do that (read tolerance, freedom, equality of opportunity) – all this seems in stark contrast to seeing your mission as serving your nation or your God. Today, when we promote Jewish values, we do so according to the rules of the Western World. Some non-Orthodox Jewish thinkers have even felt constrained to try and reinterpret Judaism to fit the new paradigm of thinking. Some are not even aware that they are doing this. But, make no mistake, even the most Orthodox amongst us have subtly imbibed the values of the dominant civilization that surrounds us.

Now here is the surprising bit. The Jewish view of history states that all of this had to be. In our last phase of history we would be faced by the deepest, most profound alternative to Judaism that every existed on the face of this earth. After all, if we are to clarify the truth and profundity of the Jewish position, it needs to be in contrast to the best alternative conceivable. In classical terms, we are in the Greek stage of Edom. Greece is the exile of the mind – the idea that we can live peacefully on our land in Israel if only we fully embrace the cultural norms of Hellenism. Edom is the exile of the autonomy of man – the idea that, no matter how close you get to connecting back to the Divine, your responsibility as a human being is to cut that off. Let no scientist – even religious ones – dare to mention God in a scientific paper. Let no professor dare bring religion into the class room. By all means be religious, run a marathon, collect stamps – just don’t bring it into work or school, or any other serious forum.2

This brings some very serious questions to the fore. Do we attempt to translate Judaism into the secular paradigm in an attempt to show the relevance of our heritage? Can that be done or is that tantamount to the Western paradigm swallowing up Judaism in its bosom – another culture in its multi-cultural coat of tolerance?

This requires a book length answer. But I have no doubt that Judaism is up to the task of facing the best and showing that it is deeper, more sensitive, more humanizing and more meaningful than secular humanism, man’s greatest invention ever.