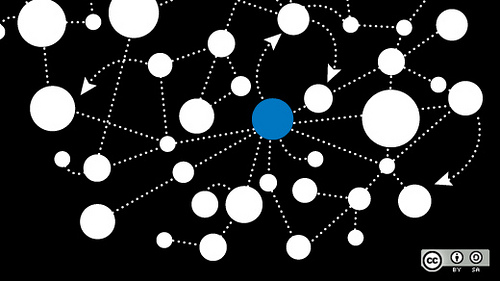 The modern era introduced the idea of the individual — that man could now look inwards to find meaning. But what if you don’t like what you find, or you find yourself empty? What if you find that you don’t know how to look to begin with because you are always flitting from text message to new Facebook friend, to cellphone, to Twitter? We are caught in a whirlpool of frenetic and frenzied activity; it is as if we are scared of our own shadow, dreading to be forced to spend a half a minute with ourselves. And now, along comes Google Glass and says, “True. You should never be alone for a second. Come and share your last private moments.” With this we will have merged the public domain with the private. We will dissolve the private into the public so that we never have to be ourselves again.

Having snuggled up to the global community, we can avoid building up a sense of self. We will replace self with some catatonic reflex that says to the other, “Look I am going into this building” (Google Glass), and “Hey guys, cat just ran by me” (Twitter) and “Oh my gosh! Look at me.” (Facebook picture taken by my iPhone). Oh, and in-between we can watch a 5 second film. It will all be there, except the human being that got lost back in the days when homo sapiens were still a species.

The internet is all about accessibility to information and to people and to opportunities. But information is never neutral. It contributes to our paradigms of thought, our perspectives and our values. We can never absorb all the information that comes at us through our different senses and therefore we keep out far more than we let in. But what happens when we stop choosing — when we allow others to determine the information that we get; when Yahoo will tell us what we want to buy; when friends will occupy our time with their Facebook posts; when, instead of reading a newspaper once a day with our breakfast, we click on the New York Times for hourly updates? What we get is not someone else’s perspective. What we get is a world without depth. We text and text but it all amounts to nothing – just more seconds of entertainment, a two minute distraction from work, or stress. The result is a babble of information flitting through our heads as fast as our dopamine will fire in our neurons. Heaven forefend that we should ever have to spend a minute on our own and actually have to meet ourselves!

The gift of the modern Western World to man was to give man his ego, to make the self rather than the community the center. Now, that same world has taken away the self as well as the community. Is it any wonder that — among middle-aged people (ages 35 to 64), whose suicide rates are the lowest — there was a rise of 30 percent from 1999 to 2010? In 2010, the USA had 38,364 such suicides[1], and the real numbers are much higher.[2] These people didn’t just slip into the darkness with an overdose of pills. For the 10-year period, hangings were up 81 percent. That is a pretty violent way to go.

Ray Kurzwiel has promised us a super-computer that will be connected to our brain to produce a man-machine with powers much greater than the present human being. Ray, it’s too late for the brain part. Just go for the machine.

See what has happened here. The industrial revolution gave us unprecedented wealth. That was a negative freedom.[3] Freedom from hunger and childhood death and cold. The internet gave us unprecedented opportunities. That was supposed to be a positive freedom[4] – freedom to fulfill our human potential. The result is a thousand contacts on LinkedIn or Facebook, most of whom we will never even acknowledge once. These are no longer people to us – they are categories: Ten from our high school, one hundred who have eighty friends in common, none of whom we know either…

Make no mistake. I am as grateful for the internet revolution as the most foaming-at-the-mouth techi. My NGO could not operate its global activities without the minute-by-minute e-mails, our Web site, our online IT, our shared Google docs and more. I can write a blog and reach an audience across the globe. I Skype my parents every week. My life is filled for the better with the technology of our day.

But I do it with the misgivings that we are losing an entire civilization. We have unleashed a tyranny of superficiality — a thousand Facebook friends and not a profound conversation with a single one; e-mail spellings like “u” instead of “you”; and a license to talk in half-baked sentences. Of course, any dumbing down is worth it if can speed up the process; “faster, faster!” But to where?

Lest we protest that this is our choice, let’s sober up and see what we have done to the next generation. We talk with pride of how tech-savvy our children are, not realizing that we have condemned them never to know childhood as we once knew it. With the loss of innocence comes the lost of mystery — nothing is hidden after all — until those children turn into the jaded adults that they surely must become.

Supposedly the mind-boggling repetitiveness of the factory shop-floor produced alienation; supposedly the materialistic society with no meaning produced anxiety. Jean Paul Sartre, when he gave his post-war lectures to overflowing crowds about anomie and nausea could never have dreamt that the solutions would be worse than the problem. A recent article in the New Republic explored why so many young hackers were committing suicide (sorry to bring that up again).[5] Here are 16 year olds who can hack into the Pentagon, little twerps who have gained enormous power, and they are totally empty. But is this surprising? The internet is only the means, of course. Power itself is meaningless if it is not used to achieve some higher and nobler cause.
But I am being unfair. Long before the internet, Eric Fromm was asking in The Sane Society whether the entire Western World had not gone mad. That was 1956. Joseph Conrad wrote his Heart of Darkness and declared that Western culture was but a thin, shiny overlay, easily peeled away. That was 1899. The internet exacerbated certain trends that were already there. Now it is time for us to reclaim our vision of what man ought to become.

Perhaps, with half our humanity gone, we will no longer believe in anything strongly enough to fight for it. There will be no more wars, and the last vestiges of cultural difference between Americans, Chinese and Muslim Arabs will be wiped away. We will have entered a world whose very excitement will have been the cause of its very dullness. Finally, we will have gotten to the other end of the rainbow. But instead of a pot of gold, we will find useless wafers of coals — all of them only a millimeter thick. And we won’t know any better than to rejoice at the discovery.

[1] Centers for Disease Control and Prevention

[4] See FDR’s address to Congress, previous note. His two positive freedoms were freedom of speech and expression and freedom to worship God in any way.