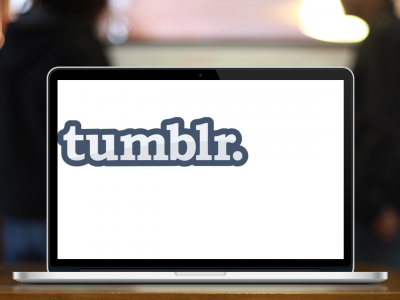 Vera Reed is a freelance writer and online entrepreneur in Southern California. Her writing specializes in offering tips and tricks to those looking to gain more online exposure.

Tumblr, a unique blogging platform which allows users to provide a variety of content to their readers, is the perfect blogging site for nonprofits, simply due to its reliance on creative and concise content.

While other sites are designed for lengthy and highly informative content, Tumblr flourishes with short and creative viral-worthy submissions.

For a nonprofit, Tumblr allows a format to get your message out to many people in a fun and effective way. Below, are ten ways or “case studies” that demonstrate how Tumblr is being effectively used by nonprofits to promote their goals and create awareness of their programs and events:

The Academy of American Poets’ Tumblr, regularly includes videos of poets performing their work. These embedded or uploaded snippets allow their readers the opportunity to see poetic works kinetically displayed by the poets themselves.

Just this past Spring, one of the posts featured poet Denise Levertow emotionally reading one of her poems. This is just one shining example of how the organization brilliantly uses Tumblr to display the key components of their organization, in an engaging audio/visual approach.

An interesting post in September of this year, displayed a tower of cookies in support of the program’s interview with an evolutionary biologist—it discussed the high-calorie foods along with a quotation from the program.

Their Tumblr uses pictures to attract their readers to the stories at the heart of their program.

The reblogging feature on Tumblr rewards interesting and original content by allowing readers to easily repost it on their own Tumblr page. This allows others to endlessly spread the nonprofit’s information via their own blogs.

Unlike other social media formats, the key to Tumblr is its simplicity.

One such nonprofit that takes advantage of Tumblr’s simplicity is Meatless Monday, whose goal is for people to eat something meat-free one day a week. To help followers meet this goal, they post vegetarian recipes along with images of each dish.

While it’s simple, it does get the point across.

The “about page” on Tumblr is separated from the day-to-day updating of your regular page. This gives nonprofits their own unique section to share contact details, along with any backstory or information that others would like to know about your foundation.

The “about us” for Planned Parenthood’s Tumblr, for example, offers information on the goal of their blog, what their organization is all about, as well as a section they call “legal stuff.”

Short content is acceptable, and even preferred on Tumblr. This gives nonprofits the perfect opportunity to present a concise mission statement, giving those visiting the page a basic insight into the motivations and goals for the group.

Short and easy to understand.

Tumblr’s mobile app is as convenient and fully functional as the website itself.

For followers of the Harm Reduction Coalition, those who are on-the-go are easily able to check out the their page. This gives them the opportunity to understand the details of their Atlanta’s Harm Recovery Program, and visitors can quickly repost it for all their friends and followers to see.

On Tumblr, you can quickly add themes, colors and site design without the need for an HTML programmer, giving you the option to make a Tumblr that completely fits the style of your nonprofit.

NPR’s Tumblr is a great example of a nonprofit using Tumblr’s customization options, including their logo and color scheme; it’s presented in a news blog style that fits their content and matches their reputation.

A picture posted by the San Francisco Ballet Company of young ballet dancers from Brisbane, Australia in 1938 fits their niche, while allowing a quick break from content that is derived solely from the organization.

Tumblr can be an effective and reliable marketing tool for nonprofits. By using the multimedia tools the blog empowers them with, a nonprofit can clearly promote their purpose and reach a multitude of readers, possible donors and future volunteers.

While Tumblr is a great way to share relevant content and get your message out there, that doesn’t mean that nonprofits should limit themselves. Using social media is just as important for a nonprofit as it is for any other business in terms of growing your online visibility. So, be sure to take advantage of all the tools available.

Below, are just two examples of how rabbis and Jewish organizations are using Tumblr.

1) DrewKaplan.tumblr.com: this tumblr site is one in which a rabbi shares interesting snippets and quotes from the latest book or journal that he’s reading.

2) Jewinthecity.tumblr.com: this site serves as a “sister site” to the incredibly popular site: Jewinthecity.com. Because it’s a tumblr site, it becomes the perfect place to share funny yet relevant GIF’s (that are really popular to young adults and teens) such as this one.