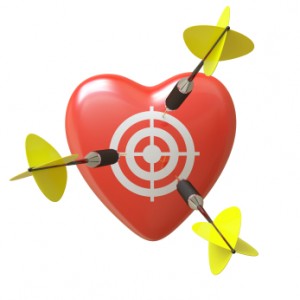 Perhaps the most fundamental philosophical conundrum contained in Parshas Va’Era relates to the apparent injustice associated with the hardening of Pharaoh’s heart (Shemos 7:3, et al). Where was the justice, we wonder, in Hashem augmenting Pharaoh’s inherent cruelty and stubbornness, practically guaranteeing that the Egyptian ruler would resist releasing his Hebrew slaves? Moreover, how could Pharaoh be blamed and punished for not reacting properly to the preliminary forms of divine retribution, thus causing him and his people unremitting suffering and eventual destruction?

There are many approaches to dealing with the above questions. Rashi (Ibid) suggests that Hashem foresaw that Pharaoh would anyway not repent, so he used the opportunity to display His immense strength to Bnei Yisrael. In sharp contrast, S’forno suggests that Hashem hardened Pharaoh’s heart in search of true teshuva. Pharaoh was given a strong dose of heavenly resilience to stand up to G-d, as it were, until he was ready to accept the truth of his own accord. Ramban’s explanation follows closely with that of S’forno. Rambam (Teshuva, 6) takes yet a different approach, one which strongly distinguishes free will from free teshuva.

The author of Akeidas Yitzchak, Rabbi Yitzchak Menachem Mendel Danziger, zt”l, offers another novel explanation. Unlike the aforementioned approaches, his circumvents the problem entirely by suggesting that Hashem did not actually harden Pharaoh’s heart. Rather, by spacing the different makkos over time, he gave Pharaoh the opportunity to be misled, to fall back into a false sense of security that somehow the worst had passed and that teshuva was truly unnecessary. Even though this process recurred repeatedly, Pharaoh’s inherent desire to retain his slaves prevented him from relenting and acknowledging Hashem’s ultimate justice.

I believe that this last approach has significant implications for us as leaders.

One consultant that I spoke with shared research that suggests that it’s not until the eighth connection that deals close. Make sure that you have a strong product and go through the process of letting others know about it and how it can help them in their endeavors. But also be prepared to stay after it for a while and not lose focus or momentum. Your prospects are not playing hard to get; they are just as busy as you and need to be convinced that your product or service can really help them. Regular, but sensitive and respectful communication will keep you on the front burner and help you advance your goals.

Rabbi Naphtali Hoff is President of Impactful Coaching & Consulting. Check out his blog at ImpactfulCoaching.com/blog. He can be reached at info@impactfulcoaching.com.