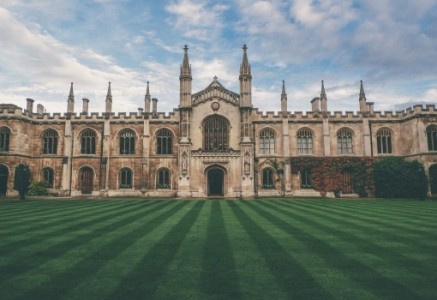 The drama involving Yosef and the shevatim which transpired on Egyptian soil is of the most intriguing sequences found in the Torah. One component which invariably captures our collective attention is the brothers’ sustained inability to recognize the Egyptian viceroy’s true identity.

We are familiar with Rashi’s comment in which he informs us that “the brothers did not recognize Yosef because when he left them he was not full-bearded, and now they found him full-bearded.” (Comment to Bereishis 42:8 based on Yevamos 88a, Kesubos 27b, et al.) One has to wonder, however, whether the beard really serves as a legitimate excuse. How is it possible that Yosef’s own brothers, some of whom undoubtedly looked similar to him, were unable to see behind his beard and realize who they were actually talking to?

The question is compounded when one considers the many hints that Yosef supplied his brothers to get them to recognize him. For example, during his interrogation, Yosef asked them a series of personal questions and displayed a shocking awareness of even their earliest years.

“The man asked about us (the brothers) and about our family saying, ‘Is your father still alive?’ ‘Do you have a brother?’” (Bereishis 43:6) Even the matters of our cradles he revealed to us. (Rashi Ibid, citing Bereishis Rabbah 91:10)

Yet, this did not suggest to them that this inquisitor was really their brother. Nor were they struck by the strange fact that Shimon – the one who threw Yosef in the pit some two decades earlier – was later singled out for imprisonment. Even the fact that Shimon was treated royally by his captor immediately after the brothers departed – hardly the method of a cruel tyrant – seemed to illicit no realization on their part.  Later, when Yosef surprisingly sat his brothers down for a festive meal upon their return, he demonstrated an uncanny awareness of their family structure. They sat before him, the firstborn according to his age, and the youngest according to his youth, and the men looked at each other in astonishment. (Bereishis 43:33) He knocked his goblet and announced, “Reuven, Shimon, Levi, Yehuda, Yissochar, and Zevulun, sons of one mother, sit in this order, which is the order of your births,” and so (did he order) all of them. When he reached Binyomin, he said, “This one has no mother and I have no mother. Let him sit beside me.” (Rashi Ibid, from Bereishis Rabbah 93:7)

Despite all of these subtle revelations and many others, it dawned on no one that the man in front of them was their closest kin. How was it possible for the brothers to miss hint after hint of his true identity?

What prevented the brothers from recognizing the true identity of their Egyptian nemesis was not their inability to grasp his obscure clues or see through the thin veneer of facial hair. They were obstructed by a much greater obstacle – themselves.

Twenty-two years earlier they had come to a certain clear and final determination (undoubtedly with the noblest of intentions) about Yosef and the threat that he posed for the future of klal Yisrael. Since that point, they continued to justify their decision – despite the great suffering that it caused to their father – to the point where it was simply inconceivable to them that they were looking at their brother. The beard – a most slender disguise – merely served to help convince them of what they already “knew” had to be the case. This man simply could not be Yosef. His dreams of royalty and their subservience could never become actualized.

It is perhaps for this reason that we always read Parashas Miketz during Chanukah. The key figures in the struggle to rid Eretz Yisrael of Hellenistic influence were clear in their mission and the correctness of their position. This clarity emerged from their selfless sense of purpose and national duty to preserve what was most sacred.

Surely, the Chashmonaim did not engage the Seleucid Greeks in battle for the sake of personal glory – it was well known that an attack against their occupiers was tantamount to suicide. Instead, they rose up because they understood that there was a mission that was greater than themselves, an agenda which required their complete and total dedication and fastidiousness, even at the pain of death.

By viewing the parasha in the backdrop of Chanukah, we can begin to perceive the power of agenda and the crucial factors that drive it. When an agenda is formed for the purpose of education, reorientation and repentance, as was the case with Yosef, or driven by a selfless mission to save the Torah and preserve its values, as we witnessed with the Chashmonaim, then it becomes a very positive, empowering tool. If, on the other hand, our agendas are tainted with aspects that speak to a less lofty motive, then it is bound to create conflict and perhaps worse.

Agendas motivate us to live with direction and purpose. They keep us going through difficult moments and help us remained focused on what’s really important. However, it is crucial that we find a way to vet our agendas in order to ensure that they are based on solid principles and consider the needs of others who may be impacted by our personal or professional aspirations.

Of course, this is by no means a simple task. Even some of our greatest personalities were not always able to maintain objective clarity, at least to the degree that their lofty levels demanded.

One way to achieve objectivity is to discuss our goals and aspirations with an objective third party, preferably someone who brings much wisdom and self-refinement to the conversation. Such an individual will offer the clear insights that we seek without the confusing influence of personal biases that can sometimes muddy the waters.

May the pure light of the menorah, which commemorates the unadulterated clarity and mesiras nefesh of the Chashmonaim, rekindle the spark of l’sheim shamayim necessary for us to reach our true mission in this world, without being blinded by our personal agendas.