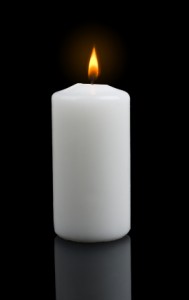 “O God! Nations have come into Your heritage; they have defiled Your Holy Temple;

They have given the … the flesh of Your pious ones to the beasts of the earth.

They have spilled their blood like water around Jerusalem…” (Tehillim 79)

It was 5:30 AM and my bedroom was still pitch black.  I gently picked up my phone to look at the time and I am surprised to see so much ‘activity’ on the phone. There are ‘alerts’ and many messages from my family members…

Was I dreaming?  Har Nof….terror attack??? It was the safest place in the world…

I was not dreaming.  The vicious murder of innocent men who innocently went – as they did every other day of their lives – to daven was true.  Rav Mosheh Twersky zt”l, brother of my friend and former chavrusa, Rav Mayer Twersky shlit”a was no longer among the living along with three other Kedoshim.

I staggered back to the bedroom and out of fear and of the need for my own comfort, I wake my wife to inform her of the tragedy.  “Men going to daven have been killed and hacked to death while being adorned in their Tallis and Tefillin. Men standing Shmoneh Esrei shot to death, their blood soaking their Tallesim”, I stammer.

I retreat into myself.

My daughter is in Seminary in Har Nof, I was just there two weeks ago.  I have friends all over Har Nof.  Did I ever imagine as I went to Shul in the morning that this would be my last davening?

How does one react?  What does one do or say?

I am suddenly shaken from my stupor as I look up and see my wife preparing to leave.  “I’ll see you later.”

“Where are you going this early?” I ask.

My wife looks at me and says, “Where else is there to go at a time like this? I need to go to Shul; I need to daven in Shul, it’s just about time for Vasikin.”

I watch my wife leave and realize she has given me my answer; she has once again showed me the way.  Jews are killed in shul while davening to Hashem.  Our response is clear; our reaction is the same as it will always be.  “Where else is there to go at a time like this? I need to go to shul; I need to daven…”

I slowly walk down the cold still dark street to shul.  Will this be my last davening?  Will I merit leaving shul alive today?

I don’t know; nevertheless, “Where else is there to go at a time like this? I need to go to shul; I need to daven…”