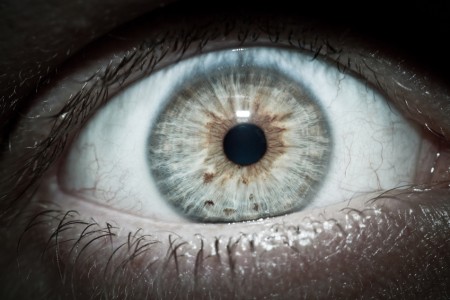 Quite often I am the ‘go to’ person with regard to whatever someone may need in Israel. As I have three married children living there and my father was a sixth generation Yerushalmi, I have hundreds if not thousands of relatives in almost every corner of the land.

I was therefore not surprised when Dovid contacted me for my input. Dovid, who is just turning 20, is a good-natured and a ‘some-time’ serious Yeshiva bochur. He has had his ups and downs in the system and lately has been struggling with his ‘spiritual health’. He asked me if I could help him find a family in Yerushalayim where he could spend a Shabbos. He wanted to spend Shabbos in a total Torah environment and he also wanted to be able to taken around to experience some of the spiritual sights and sounds of Yerushalayim on Shabbos. He hoped he could witness a Tisch and be part of some of the special davening experiences which only Yerushalayim can offer on Shabbos.

I did not have to think long as to where to steer Dovid.

It was clear that he should spend Shabbos with my Uncle Shlomo in Yerushalayim. D’Feter Shloima (the uncle Shlomo) was the perfect person to whom to send Dovid. My uncle is “kulo Torah”- a total and complete Torah Jew. R’ Shlomo himself is getting elderly and he himself may not relate to Dovid; however, R’ Shlomo has a “ben zekunim” (a child born later in his life) named Gavi who is not yet married. Gavi, who is 22, is the perfect person to host Dovid. Gavi is outgoing, friendly and most importantly he spent a year learning in a yeshiva in America. He speaks English fluently and just as critical, he understands the American Bochur’s mindset. He can relate to the struggles and challenges of the American Bochur and I could so see Dovid and Gavi siting up and schmoozing till the wee hours of Friday night talking about Hashem and Yiddishkeit to their hearts’ delight.

I quickly called D’Feter Shloima and asked him if a Bochur from my Shul could spend a Shabbos with him. He replied in his typical Torah fashion, “Hachnosas Orchim is a big Mitzvah and of course he can come.” I called Dovid, gave him my uncle’s address and was so happy with myself for making the “Shidduch” between Dovid and Gavi. I just knew they would get along just fine. As the Shabbos approached, I called Dovid on Friday morning (New York time) to see if he had arrived safely at my uncle’s house in Shaarei Chessed. He told me he had arrived and everything looked great.

I then casually asked if he had met Gavi yet. Dovid said, “No, I haven’t seen him. I think your uncle said he will not be here for Shabbos.” I quickly asked to speak to my uncle and asked him where is Gavi? He calmly answered that Gavi went to help out his older sister who had a baby on Thursday and would not be home for Shabbos. “Why didn’t you tell me? Who will speak to Dovid?” I asked. D’Feter Shloima just answered, “What’s the big deal? I can speak to him.” And with that, we wished each other a Good Shabbos and hung up. I was beside myself with worry.

D’Feter Shloima is a wonderful person, a Talmid Chochom and a truly Frum Yid. However, in the family he is also known as ‘the Davening Dod” (the uncle who (always) prays) or alternatively, “Shloima D’Schlepper” (Shlomo who ‘drags’ things out). This appellation was earned by virtue of his constant davening. Indeed, although he has finished Shas many times, his lengthy davening was the coup de grâce in the family decision to award him the title of “Shloima D’Schlepper”. He could daven for hours–literally. He also could not–or better said would not–speak a word of English. 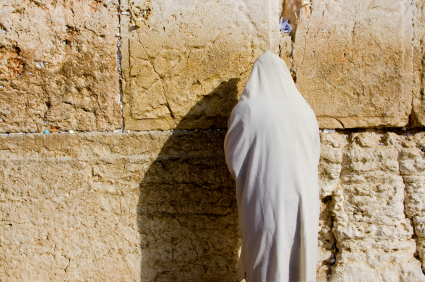 His knowledge of America was that the people there ate this food called Pizza which he prided himself as never even having tasted! He had no patience for a struggling American Bochur who was particularly grappling with the challenging daily task of davening. I could not imagine how this Shabbos would play out. There would not (or could not) be any conversation between the two of them over Shabbos.

What would Dovid do the entire Shabbos?

As I davened Mincha, I put in special request that Dovid would not at least back-slide over Shabbos.

When Shabbos ended, I could not call as it was the middle of the night already in Yerushalayim. Finally, on Sunday morning, I called Dovid. “So how was Shabbos?” I hesitantly asked. “It was amazing! It was the most uplifting Shabbos of my life. I feel like a changed person. I am enrolling in a Yeshiva for the summer and can’t wait to begin. Rabbi, how can I thank you enough? This was absolutely the best Shabbos of my life!”

“Did my uncle speak to you over Shabbos?”

“Not really. As when he wasn’t davening–which was most of the day–he was learning. And since I don’t speak Hebrew or Yiddish and he doesn’t speak English, we really did not speak much over Shabbos.”

“Wait, I don’t get it”, I protested. “If you did not speak to my uncle and my cousin was not home and ‘all’ you did was watch my uncle daven, what was so life changing?”

“Rabbi, that is exactly the point.”

“What is the point?” I desperately asked, wanting to understand.

“Did you ever watch your uncle daven? Did you ever observe him during Shmoneh Esrei? Did you ever see his face as he speaks to Hashem? It is something I have never seen in my life. It is a son talking to his father and servant pleading before his master. It is a work of art and a sublime and inspirational display of communication. Watching your uncle daven is watching a man connect with his creator; seeing your uncle daven with such sincerity and clarity strengthened my Emunah more than any other experience of my life; I am a changed person. However, Rabbi, I am sure you know all this as you have no doubt observed your uncle davening many, many times.”

I was holding the receiver and not believing what I was hearing. It was not the long mussar schmooze with Gavi which turned things around. It was not the Rebbe’s Tisch which did it. It was not even speaking to anyone.

Rather it was ‘just’ being able to witness a Jew in total communion with his creator.
“Rabbi,” Dovid asked again, “You know what I mean, right? After all, you have been by your uncle many times. So you know what I am talking about?”

As I recalled the playful comments that the family–including myself–would say about the “Davening Dod’ or “Shloima D’Schlepper” the only thing which came to mind were the words of another Dovid written many years ago: “…they have eyes but do not see” (Tehillim 135:16). Dovid had seen more in one day than I had seen in twenty years.