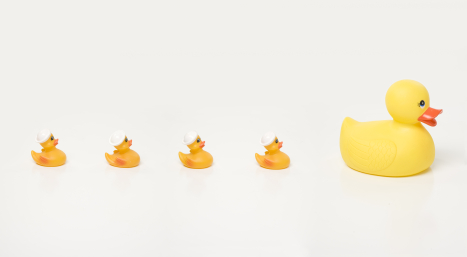 A primary function of leadership is to hold firm in the face of challenge and paint a vision of a better tomorrow. Leaders must be able to guide their followers through turbulent times, in the face of resistance and second guessing. Few leaders have been able to do this better than Moshe Rabbeinu, who offered his people hope and inspiration when everything around them appeared to be coming apart.

As the young Hebrew nation, fresh off of its mass exodus from Egypt, approached Yam Suf, they saw Pharaoh and his mighty forces advancing in hot pursuit. Not surprisingly, this group of former slaves shifted quickly into panic mode, convinced that they would be murdered en masse for daring to flee their masters.

They said to Moshe… “What is this that you have done to us to take us out of Egypt? Isn’t this the thing (about) which we spoke to you in Egypt, saying, ‘Leave us alone, and we will serve the Egyptians, because we would rather serve the Egyptians than die in the desert’?” Moshe said to the people “Don’t be afraid! Stand firm and see the Lord’s salvation that He will wreak for you today…” (Shemos 14:11-13)

In his reply, Moshe reminded his people how they had gotten there, and what it would take for them to continue along this unusual, singular path. Hashem had orchestrated this most incredible series of events, using supernatural force to subdue the world’s greatest power. He was not about to let it all fall apart.

The people had understandably reverted back to a slave mentality. After all, it was what they grew up with and all they had ever known. For centuries, their lives had been engulfed by suffering, doubt and defeatism. Moshe, in contrast, had never spent a single day in slavery. He was able to stay above the fray and remain calm, certain of Hashem’s imminent salvation. 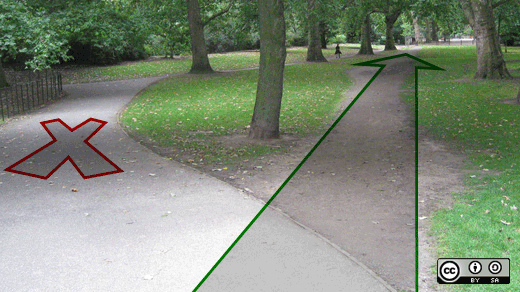 A distinguishing quality of many successful leaders is their ability to see things from a different angle than those around them. Some gain their distinct viewpoint from their own learning, wisdom, and experiences. At times, their singular perspective and positivity emerge in contrast to those that they have been tasked to lead. They are able to remain confident and focused when situations begin to crumble around them because their past histories were not framed by the same negativity and despair that had confronted others around them. When challenges emerge, these strong-willed leaders continue their advance, confident in the veracity of their position and in their personal capacity to succeed.

In Moshe’ case, the people accepted his directive not because of his privileged background, but rather because of who he was as a person. He was their humble leader, selfless in his thoughts and deeds. He had never sought his position; he served in a leadership capacity simply because Hashem had obligated him to do so. He had sacrificed his life, literally and in terms of the quiet, private existence that he had sought for himself, in order to serve his nation. Despite the people’s complaints, they recognized deep down just how fortunate they were to be led by this noble character. When push came to shove, their confidence in him was so great they advanced readily into the Red Sea.

And Moshe stretched out his hand over the sea, and the Lord… made the sea into dry land and the waters split. Then the children of Israel came into the midst of the sea on dry land… (Ibid 21-22).

The Death of Certainty, the Birth of Accepting our Limitations