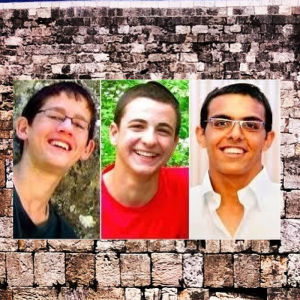 Three years ago, on the very day when the American vice president was visiting Israel, the Israeli Ministry of the Interior made the mistake of announcing a stage of planning new houses in the Jerusalem neighborhood of Ramat Shlomo. The neighborhood is over the ’67 borders, but it an integral part of Jewish Jerusalem and was never claimed by the Palestinians. Moreover, the area was not included in the freeze on settlements that the Israelis had committed to at the time.

Nevertheless, the Americans seized this opportunity to rebuke the Israelis. An Israeli Prime Minister was berated for half an hour by an American Secretary of State (Hilary Clinton) for daring to build more Jewish homes.

Here was a message. The war in the Congo had by then killed over 5 million people, but it was more important to dedicate time to stopping a Jewish home. Four million Syria refugees were nothing compared to a Jewish home. Sudan’s Islamist government’s atrocities also could not match up.

And you know what?

The Americans were right, despite their horrible distortion of priorities. One Jewish home does more to change the world than anything else. Three Jewish boys from three Jewish homes count more in the history of the world than the 120,000 upwards civilian deaths in Iraq after the war was already over – not because Iraqi lives are worth anything less, but because those Jewish boys, in their demise, will teach everyone the value of a single life.

Three Jewish boys disappeared and an entire nation was totally distraught, totally united, totally focused on their return. For we Jews know the value of a life. Every life is a whole world. Three young lives cut down is an infinity of lost potential. Today, a mourning Jewish nation has a message to the world. Celebrate life! It is God’s ultimate gift to man!