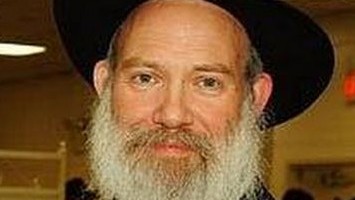 “On Saturday, Aug. 9, 2014 at 9:00 in the morning, Rabbi Yosef Raksin, who had come down from Brooklyn, New York to meet with family, was on his way to temple to observe the Sabbath. While en route to temple, he was heinously gunned down,”–Chief Alfredo Ramirez of the Miami-Dade Police Department.

All of us have heard and mourned for Rabbi Raksin z”l who was on his way to Shul on Shabbos morning, Shabbos Nachamu 5774, when he was killed in cold blood by two men who accosted him.

And we no doubt have heard and perhaps even speculated ourselves whether this crime was a botched robbery or a heinous hate crime with Rabbi Raskin targeted for being a Jew.

I will not weigh in on this question as obviously my emotions have no relevance to the facts of the case.

And, until the perpetrators are apprehended and admit why they committed the murder, speculation serves no positive purpose at all. To those Orthodox Jews who seem to enjoy embracing the martyr mentality and insist without any forensic or circumstantial evidence that this was much more than a botched robbery and state with certainly that this was a ‘hate-crime’, I question their credibility.

Why the need to almost gleefully embrace the “everyone hates us” attitude before proven?

What is to be gained by spreading unneeded and potentially dangerous anxiety and fear among Jewish communities across the country and even worldwide?

For all we know, the perpetrators may have seen a man adorned in holiday clothes, assumed he had a bulging wallet to match his nice wardrobe, were disappointed when he claimed he had not a penny on him, and killed him in frustration. It is highly possible that the assailants never even realized their victim was Jewish.

Crowning Rabbi Raksin the title of a ‘Kadosh’, a Jew who dies because he was a Jew–when the facts fail to corroborate–the claim is not doing Rabbi Raksin or anyone a service.

On the other hand, we certainly cannot be blind to the upsetting reality that anti-Semitism is on the rise worldwide and perhaps indeed the murder was racially and religiously motivated. It should serve as a wake-up call for all Jewish communities as to the dangers which lurk in our midst.

However, whatever the real reason, one thing is clear: it is too early to jump to conclusions which will not necessarily help us.

The facts are still not known; so the best course of action until the facts can be revealed is to adopt a “wait and see” approach. Be on guard. However, don’t be panicked and convinced that anti-Semites lurk behind every corner. Let’s hope the murderers are apprehended soon and we can then decide as to what–if any new measures–should be implanted.

Until that time, we should be cautious without being panicked; vigilant without resorting to vigilantism. However, one lesson which I believe we can implement immediately, even before the criminal report is completed is the following. Rabbi Raksin -as I do every Shabbos morning and as thousands of us do every Shabbos- was walking to Shul without a care in the world before he was killed.

What was he thinking about as he walked to Shul that morning?

How did he say “Good Shabbos” to his wife and family as he left the house that morning?

Did he even say “Good Shabbos” to them?

Did he speak to his mother before Shabbos or did he assume he will catch up with her on Motzei Shabbos?

Did he “forget” to say to the rabbi of the Shul on Friday evening how much he enjoyed the Dvar Torah that evening and figured he would just tell him in Shul on Shabbos morning?

Did he figure he would apologize today to the fellow whose seat he took the night before?

And did he tell his children and grandchildren how much he loved them before he left for Shul?

What would he have done differently if he was told that this might be his last walk of his life?

What parting words would he have wanted to convey that morning?

Did he chide his children for being tardy?

What tone of voice did he employ?

So many questions and very few answers; while we wait to find out how we ought to feel about this terrible tragedy, perhaps these questions give us some way to grow right now.