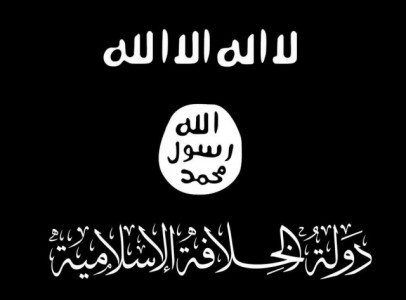 There are many lessons one can learn from the horrific carnage which took place in California last week. For instance, I am amazed at the difference in how certain people view the concept of “inspiration.” A quick Google search of the words “Inspire Judaism” brought me to a website of “Project Inspire.” The webpage states its goal is: “to awaken and empower the Torah observant community to reach out to their fellow Jews, in order to stem the tides of assimilation and intermarriage.”

It’s hard to imagine that even the most strident Reform rabbi would argue with the correctness of such a goal. In contrast, in the apartment of the husband and wife killing squad of California the NY Times reported:

“Among the components investigators seized from the couple’s house were items common to the manufacture of pipe bombs but also ‘miniature Christmas tree lamps.’ A recent issue of Inspire, an online magazine published by an arm of Al Qaeda, included an article, ‘Designing a Timed Hand Grenade,’ (emphasis added by me) with step-by-step instructions for making a delayed igniter with a Christmas tree lamp.”

Could anyone of us even imagine a Jewish magazine with the word “Inspire” appearing on its masthead featuring an article instructing it’s readership in “Designing a Timed Hand Grenade”??? Somehow I just don’t think such an article would appear in a magazine for Jews who are interested in ‘Inspiration.’ Think about that when you recite your morning Brochos today.

On Wednesday morning December 2nd at 11 AM the lives of 14 innocent individuals were cut short as:

“Mr. Farook and Ms. Malik first appeared outside the door. They announced themselves with the rapid-fire barrage of bullets. People in the room froze, witnesses said, unsure what was going on, some even wondering for a second if this were some sort of surprise holiday celebration. But as people saw the couple dressed in black — their faces covered by masks and their bodies loaded with weaponry, including two .223-caliber assault rifles and two 9-millimeter semiautomatic pistols — panic swept the room. People scattered as colleagues collapsed with anguished screams.” (NY Times)

I cannot comprehend how these parents (?) left their six-month-old child at home and embarked on their cold hearted rampage of murder; however, I do think about the victims. Did all of the 14 people who were killed say to their loved ones that morning as they left for work, “I love you?” Did they get upset with their wife/husband/mother/father or their roommate that morning and plan to ‘patch things up’ when they arrived home in the evening? Did the husband leave home that morning on a sour note because his wife forgot to give over a phone message? Did a wife leave in a huff because she overslept and blamed her husband for not waking her? And did a husband or wife storm out of the house because there was no milk for their coffee? I sure hope not; for they will never have another chance to say ‘I am sorry.’

Perhaps the most important lesson we can learn from ISIS is to appreciate each other and not allow the silly menial and unimportant things of life to distract us from always expressing our love and appreciation for those who are near and dear to us.

Take the lesson from ISIS. Appreciate what you have when you have it.