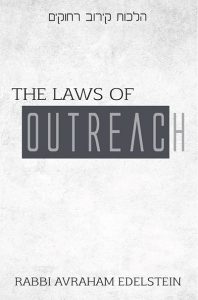 During most of Jewish history, public Shabbos desecration was rare and was usually a one-time occurrence, when a merchant accepted goods that came on Shabbos. The Jewish community

dealt with such transgressions severely. In those days, a mumar was usually a Jew who had converted to Christianity. Thus, the Rishonim frequently discuss issues such as whether a Kohen who returns to the fold can perform the Priestly Blessings.

All this began to change at the beginning of the Haskalah Movement at the turn of the nineteenth century. At that time, Shabbos desecration began to proliferate, until the majority of Ashkenazic Jews were no longer Shabbos observant. As Sephardic Jews were expelled from their Moslem home countries following the declaration of the State of Israel, many of them also became irreligious.

In many communities around the globe, the majority of synagogue congregations were no longer keeping Shabbos. This led to a significant change in the status of these Shabbos violators, since their transgressions were committed as a result of ignorance or for concerns for their livelihood. In the late nineteenth century and early twentieth century, for example, most American Jews who began violating Shabbos did so simply because they could not find jobs otherwise; whereas later in the century, many violated Shabbos because they had been brought up with no concept of Shabbos observance. Some Jews were still living in neighborhoods where significant segments of the population were still Shabbos observant, but others were brought up without even this. Many people retained enough awe of Shabbos not to break Shabbos in the presence of their rabbi and the like. Below, we will deal with the halachic parameters of all of these scenarios.

Please click here to purchase a copy of the Laws of Outreach.

Please refer to the archives below for our previously published chapters of the Laws of Outreach:

Preface to The Laws of Outreach

Chapter I: The Mitzvos of Kiruv

Chapter III: Categories of Transgressors and Our Obligations Toward Them

OlamiResources.com is honored to present free to the Olami Community and beyond, Rabbi Avraham Edelstein’s new landmark sefer, The Laws of Outreach. We are featuring the sefer to the readership of OlamiResources.com in downloadable installments over the next few months. We are greatly appreciative that Rabbi Edelstein has kindly offered to share this important publication, including extensive Hebrew footnotes, with rabbis, educators and mekarvim worldwide. Please click here to purchase a copy of the Laws of Outreach.