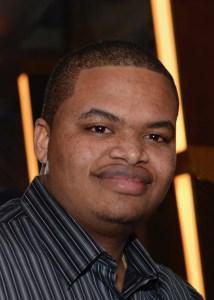 For more than a decade, Theo Henry was more than simply our custodian at Boca Raton Synagogue. He was truly a part of our family. Literally thousands of minyanim, programs, events, and classes could not have happened without his hard work and dedication.  Theo was a permanent presence in our Shul:  setting up, cleaning up, turning over rooms, and most importantly, flashing his big smile when you walked by and said hello.

On Tuesday, we learned the tragic news that we will never see that smile again.  At only 29 years old, Theo was taken from us suddenly.  The outpouring of reactions from so many of our devastated members is the greatest testament to the role that he played and the special place he had in our community.

On the one hand, Theo had the job description of a typical custodian.  He, along with our amazing other custodian Junior, were responsible for the cleanliness and maintenance of our campus, and for ensuring that everything from classes to kiddushes to simchas were set up properly and cleaned up appropriately.  Theo had a great work ethic and took pride in his job.  He did it so well that one space could be used for four or five different purposes in one day requiring multiple breakdowns and set-ups and the attendees of each program had no clue what else happened in that space that same day.  When you came back for Mincha on Simchas Torah afternoon, you had no idea 2,000 people were singing, dancing and eating all over the campus just a few hours before.  When you came to shul Shemini Atzeres night, there was not one leaf left from the thousands of hoshanas that were beaten on the floor that morning.  When you arrived to burn your chametz, you didn’t realize that Theo was there at 5 o’clock that morning to get the fire started and burning properly.

Each year at the Shul dinner I would publicly thank Theo and the other staff.  Theo was never there to hear it; he would walk out because he didn’t want the attention or praise.

Theo was quiet by nature, an introvert who was more comfortable with earphones in his ears and a vacuum in his hand than a conversation or small talk.  He made himself invisible, blending into the background by seeing to it that our campus functioned so seamlessly you barely noticed him.

But our beloved Theo was so much more than a custodian and his contributions extend far beyond his professional responsibilities. Theo was selflessly devoted to our community and its members and with no recognition or fanfare, went above and beyond in ways that nobody knew about.

Let me tell you about a few, with a disclaimer that this represents only a small sampling:

Theo knew more about the halachos of building a sukkah, the proper way to set up a menorah, the laws of heating food on Shabbos, than many Jews. He didn’t just agree to follow our rules, he revered them. When people left their Siddurim and Chumashim sprawled around the shul, sometimes upside down or still open, Theo affectionately collected them with great respect and honor and put them back on the shelf.

Recently, for the only time since I have known him, Theo asked if he could meet with me.  I assumed he had a complaint about something or wanted a raise. When I asked, “Theo what can I do for you,” he said, “I need your help. There are two people in the Shul who I care very much about and who I am very close with, but they are barely talking to each other.  What can we do to bring them together?” Theo’s definition of helping him was not a raise, but helping him bring people together.

All week I have been trying to remember my last conversation with Theo. I have been wondering if I thanked him enough for his hard work and dedication, and if I showed adequate appreciation for what he does for our community and for me personally.  If I knew I would never see him again, was there something more I wanted to say?

Sadly, this week serves as another reminder that life is very fragile, and we have absolutely no idea what tomorrow will bring.  Don’t leave important things unsaid.  If you are estranged, work it out while you have the opportunity.  If you owe someone gratitude, make sure they know how appreciative you are.

Our rabbis call gratitude hakaras hatov, recognition of the good. Being thankful begins with recognizing, taking a moment to identify the acts of kindness and the people performing them. It is so easy to fall into a sense of entitlement and to forget to be grateful, especially to those who seek to be invisible, to do their work routinely, quietly, and humbly.

Theo was a big person with an even bigger heart. We will miss him, his smile, his banter, his devotion, and his dedication. The most appropriate way to honor Theo’s memory is by making sure to acknowledge and thank the other Theos in your life, those in the background and out of the spotlight, but without whom your life would look very different.