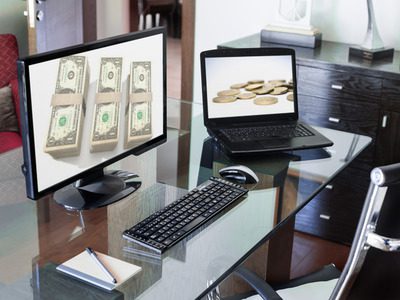 Do you have a splendid idea for a nonprofit but insufficient funds? Let’s assume you have a striking idea that can potentially conquer the world. Although it is believed that the able-to-change-the-world idea is much more valuable than money, you still have nothing! So, how do you engage people to donate money (note that we’re not talking about investing since donating has a completely different nature!)?

Step by step, you have to sharpen your idea like a true diamond and make people understand that they have a chance to participate in something great! Something that will never happen again in the future! Here are six tips to help launch your nonprofit, crowdfund and retain your donors in 2016:

The structure of your plan will depend entirely on the type of your project. The plan should include not only a campaign to attract financing, but also the implementation of the project. Experienced crowdfunders begin to collect funds only at the second or third stage of the project since most donors prefer to invest in an already existing project.  Set yourself achievable goals and deadlines, and be sure to include them in the description of your project. As a rule, people donate if they know the period in which they will see the result.

No matter how good are your idea and intentions, you have to remember that, in fact, you’re asking strangers to open their wallets and give you their money! Thus, stock up on a pair of powerful arguments that will convince potential sponsors to donate. First of all, the description of your project should convey its importance, uniqueness, ideas, and value for the world. Be sure to use visual aids. Show examples of completed parts of the project to demonstrate that all the steps are performed in a timely manner are successful! Record video messages to potential investors such as a video report at the end of each week. Teach and encourage your donors!

Why do people donate money? Mainly because they see the result of every donated penny. Organizers of many projects make a mistake by not detailing their needs. Thus, be sure to describe the project in detail and provide an itemized cost estimate.

There are many platforms with different principles of fundraising that specialize in different areas. When choosing a website, be sure to check the model in which it operates (for example, “Keep-it-all” or “All-or-nothing”) and other features that may or may not fit your requirements.

#4 Offer Something Valuable in Return

Many successful campaigns promise donors something in return for their investments. For example, you can give a copy of your film, a t-shirt with your logo, an opportunity to learn with you one-on-one, etc. In order to motivate people to give large donations, you can come up with a stepped reward system: the larger the amount, the greater the gift. (Be sure your incentives do not compromise the donation’s tax-exempt status.)

Sharing your campaign with a lot of people is the most difficult challenge you will face. Ideally, the promoters should be the people who are already invested, highly interested in your project, and looking forward to its success. Altogether, you’ll have a greater opportunity to promote the project in social networks. If your project is truly unique, you can even draw the attention of the media – it’s not an easy task to create and distribute a press release, but it’s worth the effort. Needless to say, you can also involve friends and family. Let your sponsors become your promoters.

Creating an official website will add a lot of credibility to your project. By seeing a professional website, a potential investor is likely to believe in the purity of your intentions and support the idea. Community education is of paramount importance to form trust. Be proud of your education program and do not hesitate to talk about it! Be sure to provide the history of your organization and previous successful projects, especially in related areas.

Asking for donations is risky and challenging. But it’s a noble cause, in which the right approach may bring you dizzying success!

Brian Jens is a logo designer from the DesignContest website  – the key platform for designers who love to compete. But Brian’s interests are much wider than design: the writer loves traveling, research, blogging, and communicating with his readers. Email Brian at: brianj@designcontest.com.