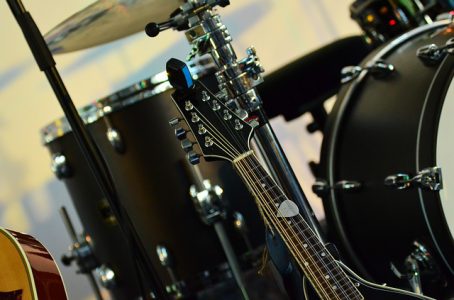 For many of us, listening to music is a transforming, empowering, spiritually uplifting experience. Something about Pachelbel’s Cannon in D major, whether heard in a live orchestral performance or as quiet, ambiance music in a restaurant, or even in our own living room, so enchants us. What is it that lifts us up? What is the secret to the powerful impact of music?

Rav Yisrael of Shklov related in the name of his teacher, the Vilna Gaon, the wisdom of music contains the key to reaching incredible depths:

[The Vilna Gaon] praised the wisdom of music greatly.  He used to say then that most explanations of the Torah, secrets of the songs of the Levi’im, and secrets of the Tikkunei Zohar, cannot be comprehended without it…One can revive the dead with its secrets, which are concealed in the Torah. He used to say that numerous songs and numerous rhythms were brought down from Har Sinai by Moshe Rabeinu. The other songs are mere hybrids.

Rabbi Matisyahu Solomon (in his Matnas Chaim) explains that a tune has the power to bring out the subtlety and profound meaning of everyday words. Hearing, he points out, is a metaphor for understanding (“I hear” can mean “I understand”). So, too, a tune or musical composition can bring a person to a clearer understanding and deeper appreciation of wisdom.

Music strikes a deep chord within our psyche and has the well-recognized power to stir our emotions. In movies and theater, the musical score brings alive the production, communicates the mood of the scene, and fosters ethereal sentiments in the viewer. Music even influences the world political scene, such as the rock tunes of the 60’s that fueled the anti-Vietnam War movement.  The Torah is keenly aware of the emotive power of music. Shirah, song, is mentioned many times in the Torah as an expression of gratitude to God – usually for a miraculous personal or national salvation. The Torah notes how music was employed to help create a feeling of joy, allow for a connection with God, and even stave off depression. Music and song play an important role in Jewish spirituality and prayer.

The reason music is able to bring us to a greater depth of understanding is that it is hardwired into our souls.

There is an inner connection between music and the spirit. When language aspires to the transcendent and the soul longs to break free of the gravitational pull of the earth, it modulates into song. Music, said Arnold Bennett, is “a language which the soul alone understands but which the soul can never translate.” It is, in Richter’s words, “the poetry of the air.” Tolstoy called it “the shorthand of emotion.” Goethe said, “Religious worship cannot do without music. It is one of the foremost means to work upon man with an effect of marvel.” Words are the language of the mind. Music is the language of the soul. (Rabbi Jonathan Sacks, “Music, Language of the Soul,” from www.aish.com)

Music is a language of the soul. So much so, in fact, that Jewish prayer often mentions the singing of the angels in heaven. Our souls, whose origin is indeed heaven, have a subtle appreciation for the spiritual nature of music.

Climbing a Stairway to Heaven: A New Take on Music, Song, and Judaism