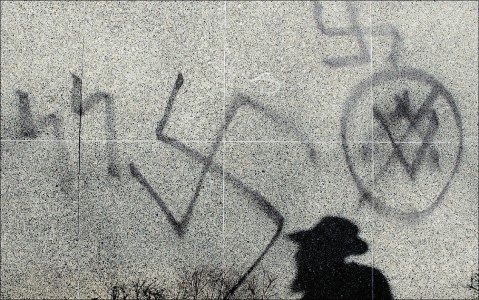 Throughout world history, the Jewish people have endured severe ongoing hate, persecution, exile, violence and genocide. Although in recent decades American Jews have not experienced much anti-Semitism, their French and even British counterparts are now seriously questioning their future in Europe due to the increase in anti-Semitic acts there. Israel is subject to ongoing threats from Iran, Syria, and Arab terrorist organizations, and Israel’s relationship with Egypt and Jordan could be described as “fragile peace” at best, not to mention the Palestinian demographic “time bomb.” Anti-Semitism is not a mere platform for satire, as Tom Lehrer expressed in his 1960’s folksong entitled National Brotherhood Week:

Still, why does “everybody” (even if this is an exaggeration) hate the Jews?

The incredible hatred for the Jews which has existed in various forms throughout history, as seen in Pagan, Christian, Islamic and secular cultures, demands an explanation. To gain a greater understanding of anti-Semitism, there are three Morasha shiurim addressing this topic.

The first class will demonstrate how nations, religious adherents and political groups have perpetrated ongoing oppression, persecution and violence towards the Jewish people since Avraham, the first Jew. It will further show that there is no rational sociological explanation for anti-Semitic behavior. The second class will challenge proposed “popular” theories for anti-Semitism. The third shiur provides a Torah framework to understand this seemingly irrational phenomenon and then concludes by addressing whether anything can be done to eradicate it.

This first shiur will be followed by the remaining two, published BE”H over the next four weeks. The titles of the shiurim are: