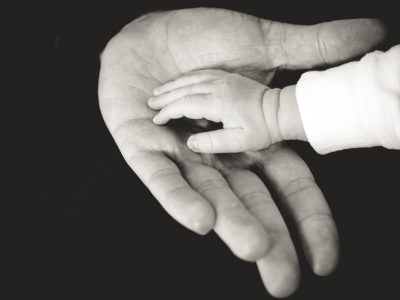 Over three decades later, it is still considered one of the biggest marketing blunders of modern times.  In 1985 one of the most recognized businesses on the planet admitted a newly-released product had flopped, and relaunched the product that had been superseded, to general satisfaction. We can learn a great deal from their miscalculation: more of this shortly.

Last week’s Torah portion, Eikev, contains the second paragraph of the Shema prayer, which begins by telling us that if we listen to God’s expectations of us, we will live a fulfilled and blessed life. “V’hayah im shamo’a tishme’u el mitzvotai.”  This opening expression is awkward and indeed proves difficult to translate.  Why does the verse mean to ‘surely’ listen as opposed to just listen?

The eighteenth-century scholar, Rav Chaim Ben Attar in his commentary Ohr Ha’Chaim explains it as follows: V’haya, im shamo’a, if you listen – if you sincerely and genuinely consider what is being said – tishme’u, then you will hear.  The verb was repeated to show that being an active listener is a prerequisite for true hearing, which is the cornerstone of a healthy relationship. This insight is not only true for our relationship with the Almighty and His messages and directives for us, but also critical for every relationship we have in life.

In his highly acclaimed Seven Habits of Highly Effective People, author Stephen Covey writes, “Most people do not listen with the intent to understand; they listen with the intent to reply. They’re either speaking or preparing to speak. They’re filtering everything through their own paradigms, reading their autobiography into other people’s lives.”  Imagine how our world would change, our relationships would grow, our opportunities would expand and our wisdom would increase if we learn to be better listeners so that we truly hear the words and messages coming our way regularly.

The great medieval commentator Rashi offers an alternative interpretation.  Quoting the Midrash he says: “Im shamo’a b’yashan, tishme’u b’chadash.  If you listen to the old, you will hear it in the new.”  What does that mean?

Words have connotations.  “Old” often has a derogatory undertone and implies outdated, antiquated, stale, tired and no longer useful.  We use “new” to describe something fresh, exciting, cutting edge and superior.  In our world, the old is obsolete and discontinued while the new is sought after and sold out.

Perhaps Rashi is telling us that this paradigm is flawed.  The new is not necessarily an upgrade.  The old is often superior and it is the standard by which the new is measured.

Let’s go back to where we started. In 1985 Coca-Cola was 99 years old and the company was concerned the drink was becoming stale and outdated.  They therefore reformulated Coca-Cola and launched “New Coke.” Their extensive taste tests had convinced them that their new formula was more satisfying to “modern taste buds.”

It turned out that the old was much better and more sought after than the new. The public reaction was such that in less than 80 days, Coca-Cola announced that they were bringing back the original Coke, now branded as Classic Coke.   It still sells over a billion bottles and cans a day.

In the world of marketing and products something is either old or new.  However, in the life of a Jew committed to Torah there is no such dichotomy or clash between old and new; they co-exist and complement one another beautifully.  The new must be built on the age-old; the old is its foundation, and it is the window and filter through which the new is viewed and received.  The old, our heritage, tradition, teachings and values are the yardstick through which we measure, evaluate and absorb the new.

The “new” in technology, medicine, social progress and even Jewish practices brings much opportunity and blessing that we should embrace and integrate into our lives.  However, much of the “new” is incompatible with and rejected by our old, timeless and inviolate values, teachings and practices.  In religious life, often ideas and practices that are presented as upgrades and progress are in fact downgrades and regress.

How do we know if we should embrace or rebuff, accept or reject the new?  According to Rashi, the answer is in our portion and we repeat it each day in our Shema.  “If you listen to the old, you will hear it in the new.”  We must always investigate the “new” and see if we find echoes of the “old” making it a continuation of our tradition, not an abandonment of it.