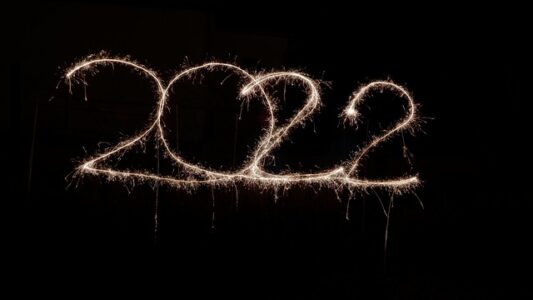 This time of year, when most people think of Times Square, they picture the tremendous New Year’s Eve party attended by more than a million people filled with banners, streamers and the ball that drops at midnight.  Less well known, and with much poorer attendance, is an event in Times Square that takes place just a few days earlier. A few hundred people gather to observe the annual “Good Riddance Day.”  Visitors and residents of New York gather to write down the problems and disappointments they experienced this year on a piece of paper, toss it in a dumpster or watch it get shredded and say good riddance to the aspects of the year they wish to leave behind.

Good Riddance Day is yet another reminder of the stark contrast between the way the secular New Year is observed and the way we observe Rosh Hashanah, the Jewish New Year. For many, January 1st is marked with a party, drinking and the ritual of the dropping of the ball. The anticipation of the New Year brings with it resolutions and promises, a fresh start and the opportunity to put that which we don’t like in our lives behind us, simply by saying good riddance.

For us, the first of Tishrei, Rosh Hashanah, is greeted with introspection, reflection and a sincere and earnest attempt to repair our mistakes and errors of the prior year. We, too, greet our New Year with joy, excitement and the promise of a fresh start. However, we understand that a new beginning only has meaning when we make amends and take stock of the year behind.

Good Riddance Day, in my opinion, is a reflection of the growing trend in our society of seeking simple, pain-free solutions. Rather than confront our shortcomings, poor judgment and bad decisions and try to learn from them, we are led to believe that we can simply write them on a piece of paper and throw them in a dumpster. In truth, life is not that simple and pain-free. A shredder cannot make our problems go away. To bring blessing in the year ahead one has to embrace what went wrong in the previous year with a sense of accountability and responsibility.

Indeed, Stephen Covey writes that the word responsibility is made up of the two words “response” and “ability.” Our sense of responsibility is a result of our ability to respond. Do we respond to failing relationships, unrealized dreams, and unachieved goals by saying good riddance, or do we extract the lessons and recommit our energies to become better versions of ourselves and fulfill our promise and potential.

When Yosef reveals himself to his brothers in Parshas Vayigash, they are forced to confront the reality and consequences of their actions. The brothers don’t have the option or luxury of simply saying good riddance, let’s move on.  Our rabbis describe the moment when Yosef reveals himself as stark and harsh rebuke, and cautions us that it portends what we will experience when we meet our Maker.  Oy lanu l’yom ha’din, woe is us for our Day of Judgment.  Like the brothers, all of us will one day face the consequences and results of the poor choices we have made and the reality created by our failures and shortcomings.  We will be held accountable and won’t have the option of simply saying good riddance.

Rather than share a drink, blow a horn, make new resolutions, or say good riddance, let us use the secular New Year as a mid-year review to evaluate our Rosh Hashanah promises and prepare to get back on track and make improvements for the remainder of the year ahead.

OlamiResources.com thanks Rabbi Goldberg for allowing us to share this insightful article that appears on his blog. Rabbi Efrem Goldberg is the Senior Rabbi of the Boca Raton Synagogue (BRS), a rapidly-growing congregation of over 650 families and over 1,000 children in Boca Raton, Florida. In 2010 Rabbi Goldberg was recognized as one of South Florida’s Most Influential Jewish Leaders. He serves as Co-Chair of the Orthodox Rabbinical Board’s Va’ad Ha’Kashrus, as Director of the Rabbinical Council of America’s South Florida Regional Beis Din for Conversion, and as Posek of the Boca Raton Mikvah. He is also on the Board of Directors of the Jewish Federation of South Palm Beach County, Hillel Day School, Torah Academy of Boca Raton, and Friends of the Israel Defense Forces. Additionally, Rabbi Goldberg serves as Vice President of the Rabbinical Council of America and as Chairman of the Orthodox Union Legacy Group and is a member of the AIPAC National Council. Rabbi Goldberg grew up in Teaneck, NJ, attended Yeshivat Kerem B’Yavneh in Israel for two years, graduated from Yeshiva University with a B.A. in psychology, attended Ner Le’Elef and received Semicha from the Rabbi Isaac Elchanan Theological Seminary, Yeshiva University. In 2008, he completed the Northwestern University Kellogg School of Management Advanced Executive Program. Rabbi Goldberg is married to Yocheved and has seven children, Racheli, Atara, Leora, Tamar, Estee, Temima and Shai.