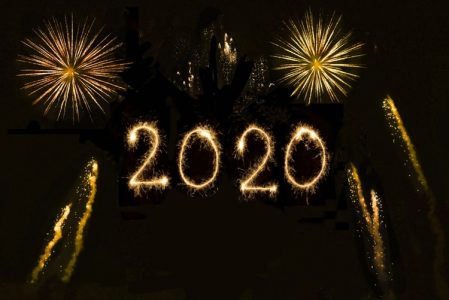 On one recent New Year’s Eve I had a late morning meeting in midtown Manhattan. I left my New Jersey home with time to spare and caught a bus into the city. My walk from Port Authority to the meeting at Rockefeller Center was much more than I had bargained for. Though I grew up on the Island and was well aware of the evening’s festivities, I did not anticipate such throngs of people before midday.

Foolishly, I attempted to make my way to 5th Avenue by walking along 42nd Street. The pace was slow as hundreds if not thousands of people were also rambling along the same way, a path that was further restricted by scores of policemen and street barricades. Times Square was lined with vendors hawking their wares.  In the center of the street was a poor man’s Disneyland, with all sorts of costumed characters offering to have your picture taken with them. Despite the cold and biting winds, the spirit was festive and fast paced.

Suffice it to say that my choice of street cost me a good 5-10 minutes.

Despite the setback, I was later gratified that I chose to walk this way. Traversing one of the busiest streets in the world on the final day of the year gave me a new perspective on the concept of a new year and how it is approached in different cultures and religious circles.

Every society values a year as a meaningful period. It represents a calendar transition through all four seasons and a substantial timeframe to reflect back upon while also planning for the future. There is surely a reason why so many people engage in New Year’s resolutions (whether they keep them or not is somewhat of a different matter). Still, for most celebrants throughout the world, New Year’s Day is a time for celebration over another year gone by and its related events and achievements. The moment of closure is accompanied by uproarious cheer and celebration.

Despite certain similarities between the secular / Christian New Year and the Jewish one, I could not help but to focus on the differences that distinguish the two. For Jews, Rosh Hashanah, literally “the head of the year” focuses us intently on our future. It stands at the beginning of a new year, ripe with hope, potential and promise. Sure, our past is significant, but only as a means of directing God, so to speak, as to what “investment” He should make in us for the following year based on the one that we just lived, by giving us the material tools, the health, etc. to be positive future contributors to His cause. “Remember us for life, o King who desires life, and inscribe us in the Book of Life, for Your sake, Living God.” (Amidah prayer)

Yes, our New Year offers many opportunities for reflection and resolution. But it does so in a more austere context, as we reaffirm our commitment to God and his rule over the world. We do not collect in the streets and celebrate. Rather we collect in our synagogues and pray. Sure, we emerge from prayer upbeat and hopeful, but we know that there is much more to the most solemn of moments than to watch an oversized ball drop to the ground. For us, it’s about raising ourselves up, to become better servants and players within a Master Plan that will ultimately bring the world to a far better place.