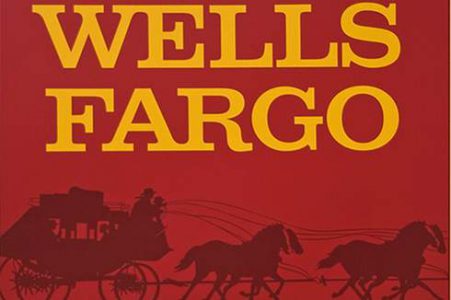 “And you will return to the Lord your God, and listen to His voice, according to everything that I command you today; you and your children, with all your heart and all your soul.” Devarim 30:2

Jewish communities worldwide are bracing for an unprecedented teshuvah movement on the heels of Wells Fargo Bank’s CEO John Stumpf’s acceptance of responsibility for 5,300 employees opening two million fake deposit and credit-card accounts without customers’ consent. Mr. Stumpf, the senior executive of America’s third largest bank, made the statement in Washington, DC at a Senate Banking Committee Hearing investigating the case: “I am deeply sorry that we failed to fulfill our responsibility to our customers, to our team members, and to the American public. I want to apologize for violating the trust our customers have invested in Wells Fargo. And I want to apologize for not doing more sooner to address the causes of this unacceptable activity.”

The Wall Street Journal reported that Mr. Stumpf’s remorse was a reversal from his initial response when the charges first went viral: “The deeply apologetic tone of Mr. Stumpf’s testimony is in sharp contrast to his earlier comments. In an interview with The Wall Street Journal last week, he blamed employees for allegedly illegal sales practices and defended the bank’s culture, saying that “there was no incentive to do bad things.”

Following Mr. Stumps prepared words, he was challenged by Senator Warren from the Senate Banking Committee. As reported in Forbes,

“Senator Warren’s retort to all of this boils down to, basically: that’s not good enough. In Warren’s view, Stumpf should be held personally accountable. ‘You haven’t resigned, you haven’t returned a single nickel of personal earnings, haven’t fired a single senior executive… it’s gutless leadership,’ she said when it was her turn to question Stumpf.

“‘Here’s what really gets me about this. If one of your tellers took a handful of twenties out of the cash drawer, they could end up in prison,’ she continued. ‘You squeezed your employees to the breaking point so you could cheat customers and drive up the value of your stock. And when it all blew up, you kept your job, your multi-million dollar bonuses, and went on TV and blamed thousands of $12-an-hour employees trying to meet cross-sell quotas. You should resign. You should be criminally investigated by the Department of Justice and Securities and Exchange Commission.’”

Despite Mr. Stumpf defending the extent of his company’s breach (“I disagree with the fact that this is a massive fraud,” he told the Senate Banking Committee), the New York Times questioned Mr. Stumpf’s claim that Wells Fargo was not engaged in large-scale fraud:

But opening accounts without customers’ knowledge, even forging signatures — and then charging them fees — isn’t some kind of gray area or borderline behavior. As Senator Patrick J. Toomey, a Pennsylvania Republican, put it this week: “This isn’t cross-selling, it’s fraud.” Under corporate criminal law, Wells Fargo is strictly liable for the criminal behavior of its employees acting within the scope of its business.

The unfolding legal implications for Wells Fargo aside, rabbinic authorities took immediate note of the timing of the case and the approach of Rosh HaShanah, the Day of Judgment. If Mr. Stempf’s forced appearance before a Senate banking committee in Washington triggered an immediate change in his personal attitude and admission of responsibility, how much more so will the entire Jewish people take their teshuvah seriously when they stand in awe before God’s Throne in judgment on Yom HaDin and Yom Kippur!

HOW TO RUN A BEGINNER’S SERVICE