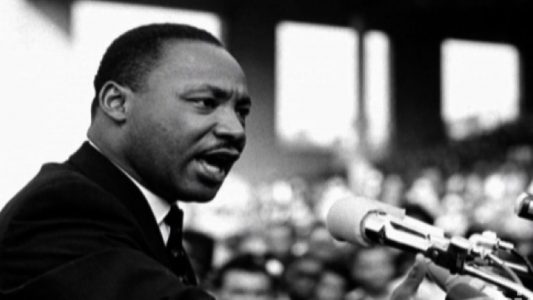 Interestingly enough, the first passuk in Parshas Vayechi informs us that Yaakov Avinu ‘lived’ in the land of Mitzrayim for 17 years.

The Torah was conveying to us by writing [Shemos 47:28], “And Yaakov lived in the land of Egypt for seventeen years,” that Yaakov Avinu was an individual who lived and impacted not only his family, not only the Jewish community of Goshen, but even the entire country of Egypt. Indeed, it is for this reason that the famine which ceased upon his arrival in Egypt, returned upon his death. This is why the verse states [Shemos 50:11], “This is an intense mourning for the Egyptians.”

Consequently, when Yaakov Avinu lived and when he died, he impacted the entire society – Jew and non-Jew.

There is no doubt that Yaakov was completely meticulous and careful about the necessary observance of those laws which are a safeguard for Jewish uniqueness and exceptionality. Yet, his recognition of the need to always remain insular and parochial did not preclude him from taking an interest and having a genuine care and compassion for the general Egyptian population.

Somehow Yaakov was able to balance the personal, family and Jewish communal need to retain their Jewish identity while not neglecting or ignoring the fact that he also needed to be a concerned and caring citizen of his adopted homeland.

Too often we as Orthodox Jews fail to properly balance our need to be insular with our obligation to be community-oriented.

We tend to be dismissive of genuinely good and important events and causes in the general community simply because they are not “Jewish.” This is inconsistent with the philosophy and world view of Yaakov our father who preached and practiced the obligation to be concerned and caring about the issues in our general society.

One specific example is Martin Luther King Day which is today, Monday, the 16th of January.

The idea of the non-violent expression of our views and the belief in the necessity for civil rights for all Americans, regardless of their religion or skin color is something which every Jewish person can and should embrace.

No one is advocating a lessening of our vigilance with regard to guarding against the dangers posed by the secular world. However, I am advocating for a halachically acceptable and Torah mandated embrace of those values and concerns which are in harmony with our views, even if the beneficiaries of these movements and causes are primarily non-Jews.

We as Jews must learn from Yaakov Avinu to be in the forefront of support for those movements and organizations which benefit society as a whole.

By embracing these social-justice causes we emulate the character of Yaakov who made his concern for the wellbeing of all Egyptians a priority of his life.