OLAMI Resources   /   NLE Journal Posts   /   Seeing the Meaning in Our Work, Part I 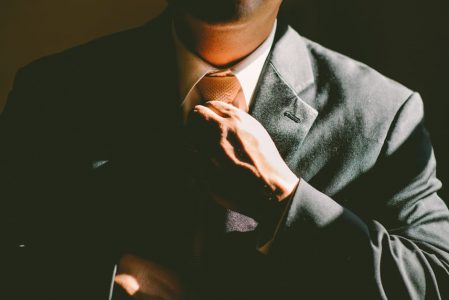 I was recently given the opportunity to address a group of advancement professionals at a national conference in Chicago. These individuals labor in the back offices of large non-profits such as universities and museums, advancing their institutions by developing donors, managing campaigns and the like. My talk focused on why their work matters and was intended to help attendees – many of whom did not occupy prominent roles within their organizations – see the value in their daily efforts.

As I researched this topic I was struck by the extent by which all people, not just back office or less prominent professionals, identify meaning and purpose as central elements of their job satisfaction. We all seek affirmation and want to know that the work that we do makes a difference. American businesswoman Mary Kay Ash once said, “Everyone has an invisible sign hanging from their neck saying, ‘Make me feel important.’ Never forget this message when working with people.”

Money alone is not what motivates us. In fact, while meaningful pay is certainly a key element in selecting and remaining in a job, compensation is usually not at the top of what motivates us to come to work every day. Purpose, more than any quality, is what we value most.

But how exactly can we foster a deeper sense of purpose in our work? What can we do that will help us feel like we’re doing more than earning a paycheck or making a profit? The following strategies represent a partial list of things that all of us can do to increase our sense of purpose and satisfaction.

As this story illustrates, three different workers can do the exact same task but for very different reasons. The first may have labored exclusively for the paycheck. He saw his work as exactly that, a task that needed to be completed regardless of the outcome. When the bell rang, he was out the door. The second was likely motivated by a sense of completion and was proud that his bricklaying would result in the construction of a wall. Perhaps he would add a few extra minutes here and there in order to see the goal to completion. But the third was no doubt driven by a deep desire to fashion a religious structure that would enhance worship and bring glory to the divine. Every brick was a step towards that grandiose vision and aspiration.

If you’re motivated only by a paycheck, then things can get stale quickly. But if you’re driven by a desire to make a difference and build whatever cathedral you’re involved with, the smallest contributions feel larger and more important.

What makes a job meaningless? For starters, we know that people struggle to find meaning when they lack autonomy, variety, challenge, performance feedback, and the chance to work on a whole product or service from start to finish. Similarly, Yale professor Amy Wrzesniewski, widely regarded as the world’s leading expert on the meaning of work, shows that a core element of a calling is the belief that your work makes the world a better place.

By connecting directly with our end users, we can better appreciate our impact. According to one study, radiologists who saw a patient’s photo included in an x-ray file wrote 29% longer reports and made 46% more accurate diagnoses. University fundraisers who met a single student whose scholarship was funded by their work, increased weekly phone minutes by 142% and produced over 400% more in weekly revenue.

This is why leaders at John Deere invite employees who build tractors to meet the farmers who buy their tractors. Execs at Facebook invite software developers to hear from users who have found long-lost friends and family members thanks to the site. Leaders at Wells Fargo film videos of customers describing how low-interest loans have rescued them from debt. I guess that’s all that I am going to say today about Wells Fargo.

To build your own sense of service, try to find ways to connect with your end-users. Attend organizational events. Pick up the phone and call folks. Ask them how the service that your organization offers is making a difference in their lives. Collect testimonials and refer to them from time to time as a way of reminding yourself about the good that you do every day.