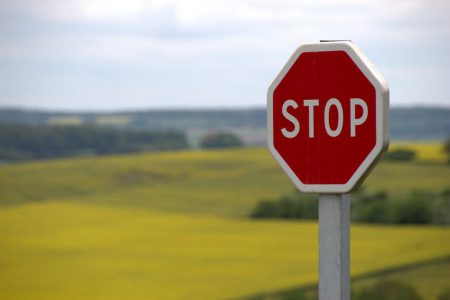 On May 6, 1994 Suri Feldman was found two days after being lost in a Connecticut forest after separating from her class while playing during a class trip:

“Displaying survival skills that impressed local people familiar with the outdoors, a 14-year-old Chasidic girl from Brooklyn who disappeared on Wednesday when a school outing in a Connecticut state park went awry was found today by the police in dense, swampy woods, frightened and tired but praying by the side of a tree.

Suri Feldman had carefully rationed her sandwiches so that they sustained her for the two days and two nights she was lost. She found ledges to keep her dry during occasional drizzles. When search helicopters flew overhead, she tried to signal them with the flash on her camera.

News that she was alive and well set off jubilation in her neighborhood in Brooklyn and by the mixture of black-suited and bearded Chasidim and local volunteers who had searched the woods for her. At a firehouse that was the command center for the search, the Chasidim began dancing in a circle, holding high an umbrella-shielded Torah that they had brought in case they had to stay in the area during the Sabbath.

The search attracted more than 600 Chasidim from as far away as Montreal and Washington, bringing truckloads of kosher food that they shared with non-Jewish volunteers. ‘It says in the Bible that to save a life is to save the entire world,’ said Isaac Fortgang of Boston, explaining why he traveled so far to help.” (New York Times)

Judaism recognizes the primacy of the value of life. The obligation to save a life applies to everybody – not merely to doctors, nurses, police and firefighters. Whoever can be of assistance must do so, each of course according to his means. Sometimes, a phone call is all one can do; sometimes, meeting one’s duty will require greater effort and sacrifice. Rabbi Akiva Tatz writes (Dangerous Disease and Dangerous Therapy in Jewish Medical Ethics , Targum Press 2010, p. 33): In the hierarchy of Torah values, the saving of life is a priority. It supersedes virtually all other obligations and mandates virtually unlimited effort.

The Torah source that a person needs to act immediately and proactively to save a life is from Vayikra 19:16), “Do not stand aside when your fellow’s blood is being shed.” Consequently, hundreds of volunteers traveled up to hundreds of miles from their homes, interrupting the many other mitzvot in which they were engaged, to search for Suri Feldman.

But what about less dramatic scenarios, but those which arise on a daily basis, to decide whether or not we should or are permitted to stop one mitzvah to begin another, known as osek bemitzvah patur min hamitzvah?

Most people who work “nine to five” can, with a little effort and ingenuity, manage to work out a schedule that accommodates work, family, Torah study, and mitzvot. But some people – such as doctors and social workers – have a unique challenge in setting up their schedules, based on the principle of osek bemitzvah patur min hamitzvah. If they spend their entire days fulfilling mitzvot – healing the sick and helping people with their problems – aren’t they exempt from other mitzvot during the times they are working?

This NLE Thinking Gemara shiur deals with these and other questions through exploring some of the Talmudic principles connected to making choices between different positive mitzvot.

Here are some of the key questions this class addresses: