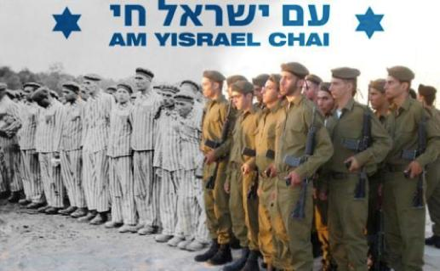 Six million is an impossible number to fathom.  We can picture 60 or 600 people in a room, and maybe even identify with being among 6,000 or even 60,000 in a stadium, but beyond that, the number is simply beyond our experience and therefore our comprehension.  That is why, standing in Majdanek last week in the barrack filled with shoes, I suggested to the members on our BRS trip that they fix their eyes on one shoe.  Examine the size, color, design, and picture the person who wore that shoe. Try to imagine what went through their mind when they walked in that shoe into this horrific place.

In her testimony about arriving at Majdanek, Judith Becker talks specifically about shoes:

Shoes are the most important thing you owned, if you owned it, in the camps, because if you didn’t have shoes your feet got sore and once you had sores on your feet, they didn’t heal.  You couldn’t keep up the pace and you might as well have died.  You were finished… I am sure that every survivor’s story has something about shoes because they became a matter of life and death.  (Yad Vashem Archives)

The importance of shoes in the camps had extra resonance for me on our trip because just a few days before we left, I unexpectedly underwent minor surgery to remove a foreign body from my foot.  Baruch Hashem, I was able to wear a shoe just in time, but each step was painful and I wobbled around the sites we visited, moving slower and more gingerly than usual.

Standing in that barrack of shoes at Majdanek, and later in front of the display of shoes at Auschwitz, I couldn’t stop thinking about the prisoners who were denied decent footwear and the pain, suffering and degradation they endured from that alone.  What happened to someone who stepped on a foreign body in those places?  If Judith Becker is right, they were finished, they couldn’t keep up the pace and, they might as well have died.

Every morning we say the blessing, “she’asah li kol tzorchi,” blessed are you G-d who has provided my every need.  We follow it up by acknowledging G-d as the One who is, “ha’meichin mitzadei gaver,” who firms man’s footsteps.  Though we say these as part of the series of Birchos HaShachar, morning blessings, the Talmud (Berachos 60b) actually prescribes the recitation of these blessings in conjunction with putting on our shoes in the morning.  In proclaiming them, we acknowledge Hashem’s benevolence in allowing us to function independently and to be mobile so that we can accomplish, achieve, travel, and enjoy His world.

In one of the barracks of Birkenau, our trip’s remarkable educator, Dr. David Bernstein, held up two contrasting pictures to illustrate a poignant point.  The first is a 1942 scene of a helpless man wrapped in a tallis being cruelly taunted and tortured by the Nazis in the village of Lukow in central Poland. The man, whose yarmulka has been removed, is looking down, with his hands in the air, as if surrendering.  He was murdered a short time later.

The second picture is of that man’s grandson.  He is wearing a uniform.  It is not one of a prisoner in a concentration camp, but the uniform of the IDF, the Israel Defense Forces.  His name is Meir Dagan a”h and he rose to become a general in the Israeli army and then director of the Mossad.  Throughout his career, he kept the photograph of his grandfather on the wall of his office.  When eulogizing General Dagan, Prime Minister Netanyahu referred to the picture of his grandfather and said, “Meir was determined to ensure that the Jewish people would never be helpless and defenseless again and to this end he dedicated his life to building up the strength of the State of Israel.”

Our week in Poland was physically and emotionally grueling.  Visiting mass graves, former ghettos, and walking through death camps tore us apart and gave us a tiny glimpse into the suffering, torment, and devastation our people went through.  Traveling with many children of survivors enhanced the trip greatly, as the stories they told made the places we visited much more vivid and real.  Obviously, the Holocaust must be studied, mourned, and shared as a discrete part of our communal, collective history.

Nevertheless, the recognition of just how blessed we are to live in the time of the miraculous modern State of Israel is inescapable, even—or perhaps especially—on a trip like this. Our ancestors had no place to run, no one to welcome them with open arms, no place to provide refuge and nobody to protect them. While many lacked shoes literally, they were also metaphorically barefoot: immobile, vulnerable, and utterly dependent on others.

Israel and the IDF are the shoes of our people, providing us all with protection, independence and safety, not only in Israel, but around the world.  When Jews are held hostage in Entebbe, it is the IDF who pulls off a courageous and miraculous rescue.  When Jews are finally able to escape from behind the Iron curtain, it is Israel that absorbs them.  And when Jews need to be transported from Ethiopia, it is Israel who brings them home.

I was in Poland when I read about the escalation of controversy coming from Israel due to two recent decisions.  I am greatly sympathetic to the pain and anguish of so many of our Jewish brothers and sisters as a result of these policy decisions and from the reneging on the deal that was struck and agreed to.  No matter how complicated these issues, I understand their desire to be recognized and to have access.  I respect their right to advocacy and to pursue their agenda vigorously.

What I cannot possibly understand, however, and frankly find unconscionable, is any call for withdrawing support of Israel.  As American Jews are struggling with unprecedented levels of assimilation and intermarriage, threatening our very future in this country, is anyone in America really in a position to withdraw support of Israel?

These complicated issues deserve to be addressed more fully and to a better conclusion, but in the meantime, American Jews must never make the mistake of thinking that Israel needs us more than we need her.  If God forbid tides would turn and we in America would be in danger, it is Israel and her powerful military that we would rely on to come to our rescue.  If we needed to flee and find refuge, it is Israel that we would expect to open her arms, no matter our denomination.

Support for Israel must never be a negotiating tool or a point of leverage. We don’t tolerate calls for boycotts of Israel from our enemies and we cannot, and must not accept them from our friends, no matter the reason or motivation. A weaker or compromised Israel is a weaker and more vulnerable Jewish people globally.

Seventy-two years ago, the greatest atrocity in history was followed a short three years later by the greatest miracle in nearly 2,000 years. Pledging to never forget means not only preventing another Holocaust, but remembering how fortunate and blessed we are to have a strong State of Israel and therefore, doing all we can to support Israel, unconditionally.

With a strong Israel, never again will we walk without shoes.