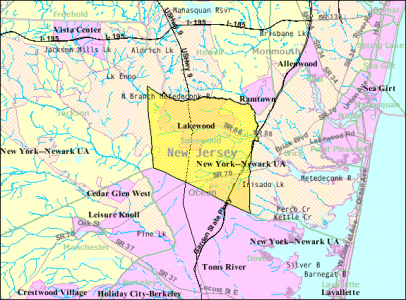 Rabbi Ysoscher Katz responded to the alleged welfare fraud and arrest of seven Lakewood couples in a timesofisrael.com blog (Understanding Lakewood, Understanding Ourselves). Rabbi Katz essentially claims that Chareidim get stuck on minority halachik opinions from centuries ago which frame their attitudes and lead to their aberrant behavior. He sees in this incident a glorious opportunity to show why you need Open Orthodoxy’s approach to evolving halacha.  While we have seen a lot of pseudo-scholarship from Open Orthodox graduates of late, Rabbi Katz is no less than Chair of the Talmud department at Yeshivat Chovevei Torah. Before publishing this blog, he was irresponsible not to examine what contemporary poskim recognized by the Chareidi world have to say about gezel akum and dina d’malchusa dina, or to research what the reactions have been in the Chareidi community to this Chillul HaShem by some of their own brethren.

Rabbi Katz has his evidence – 14 cases – and he has his interpretation, borrowing from Arnold Toynbee’s fossilized Judaism concept. Based on the Pew Study, the total Jewish adult population of the USA is estimated to be 5.3 million.  Of that, an estimated 8% are categorized as Ultra Orthodox or 424,000 people[1]. 14 people would be 0.003 of the total Chareidim. No self-respecting social scientist would dream of regarding that amount as anything more than anecdotal. In fact, no first year sociology student would make that mistake. But Rabbi Katz – who has to be highly intelligent to hold his position – did just that, presumably because he had no interest in being honest.

Rabbi Katz has published in a newspaper whose primary readership is non-Orthodox. Presumably, he has an interest in besmirching the Yeshiva population to such an audience. But, with what motive?

Rabbi Katz uses pseudo-scholarship as an attempt to justify a mind-set of significant parts of a Torah community, a mind-set he claims encourages simple theft, which any decent Torah Jew would understand is forbidden. We are not talking about tax-evasion (which would be bad enough). We are talking about sophisticated steps not merely to keep one’s income illegally but to be awarded income one never deserved. I am not aware of any sources in the history of Torah literature which allow that. I am aware of a long list of Lakewood rabbis who have condemned this behavior.

The prohibition against stealing from a non-Jew is universally agreed upon from the Shulchan Aruch down. There is not a single authority in the past 400 years who would permit what happened in Lakewood. And we are all ashamed of the Chillul HaShem.  Moreover, Rabbi Katz is simply wrong about suggesting that one can fool or manipulate a non-Jew in any way. That too is a Torah prohibition (Deuteronomy 25: 16),[2] and no authority in the Rishonim or Achronim ever suggested otherwise. There is some wiggle room, when the non-Jew makes an unsolicited error (e.g., in a case where a non-Jewish merchant returns too much change and the Jew sees that he was given the wrong change, but the non-Jew does not realize it. The Jew may not pocket it until confirming with the merchant that he is not going to verify the change but relies on the merchant to check). Nevertheless, the Aruch HaShulchan already prohibited this in our day (over a century ago) as being a Chillul HaShem Midoraaisa and this psak is undisputed. Besides, it was always highly encouraged – a Kiddush HaShem – that the person return any money accidentally given to him by a non-Jew, be it change at the counter or any other situation. Hence Yaakov did not hesitate to tell his sons to return the money, which was not theirs, to Egypt. In fact it is prohibited to engage in geneivas daas (creating a false impression or information) in the mind of a non-Jew, even if there will be no monetary loss[3].

To apply these principles from the Gemorrah to current times would take many pages, and Rabbi Katz surely knows that. It was perfidious on his part to bandy about a few random sources, suggesting that a community as learned as Lakewood – and indeed all those with Lakewood’s approach to Judaism – got stuck on certain opinions (which he didn’t get all correct anyway). His actual statement where he claims to lay out what an unadulterated reading of halacha would say on this subject is almost entirely wrong.

But let’s look at Rabbi Katz’s core claim. He states: “If you believe that halakha is static and immutable, you will operate with the assumption that these leniencies which allow theft from non-Jews are perpetually operative.” Rabbi Katz is imagining that a contemporary Jew discovers a minority and rejected opinion amongst the Rishonim, and that from then on – for hundreds of years, entire communities are conditioned by that opinion, instead of the halacha – as espoused by wall-to-wall halachik authorities to which they are committed. This is such a wild claim that, without clear proof, it is outrageous to make. To imagine that Rav Yosef Cairo, Rav Moshe Isserlis, the Chofetz Chaim and thousands of other sages are counted as naught by an entire community which includes thousands steeped in the very wisdom we are talking about, is to allow one’s own biases to dictate an unrestrained diatribe that is so off the mark that it can only taint the author, not those he is trying to besmirch.

Moreover, this community of learned people know well the many instances when the Divinely guided unfolding of history led to significant changes in the halacha. For instance:

Selling chometz on Pesach was implemented to save from ruin entire businesses; yet today it is acceptable to sell chometz even if it is just an expensive bottle of whisky.

The halacha required that eiruvs have a gate at least at one end. Yet, almost no shtetel in Europe did this.

The halacha as written would severely limit the listening to music in a post-Churban world. Yet today, Jewish music comes blaring from homes, cars, and all kinds of other sources.

I could cite a whole list of additional examples, but that is beside the point. There is a logic to how these changes developed (as in for example the principle of Hanach lahem le’Yisroel, she’im lo Nevi’im heim, b’nei Nevi’im heim), and how we respond to situations as they arise. To imagine, as Rabbi Katz does, that the world of Orthodoxy is divided into two – those who believe in halachik evolution and those who don’t – is to be in serious error.

Let us presume that the charges against the 14 stick. (Remember, these are only charges. There has been no court case. Oh, Rabbi Katz wouldn’t want to ruin his rant with such subtleties.) What is the most likely explanation for 0.023333333% of the Lakewood community going rogue? (Lakewood has over 60,000 Chareidim.) Pure yetzer hara. These are people whose desire for money got the better of them. They became sophisticated ganavim. The Prisha points out that the Tur begins many of his simanim addressing financial matters with the words, “Be very, very careful….” The unusual double language is there because money does things to people – even to people otherwise highly committed to Torah law and we therefore need extra precaution and strength to stay straight in these areas. Has Rabbi Katz heard of this yetzer hara? Based on this perspective, Rabbi Katz should withdraw his fabricated superstructure that fits so neatly into his Weltanschauung for the explanation that is the most natural. I certainly hope so.

I could write a book full of stories of people I personally know from the Chareidi community going way beyond the law in their financial dealings of any sort. I know of one case in Jerusalem where a person received an exemption from municipal taxes based on his income, but felt that this would be an unfair burden on his fellow citizens and so paid these taxes in full, year in and year out.

By trying to malign a whole community, Rabbi Katz has just made it much harder to deal with the problem. By condemning an innocent majority, he forces those like me to rush to their defense instead of ensuring that the message of wrongness on the part of the perpetrators shakes us all up. I doubt whether Rabbi Katz really wants us to deal with the problem. I rather suspect he wants more such cases, so that he can continue to build his case.

Rabbi Katz is clever. He will say that all he was trying to do was to show a headspace, not the halachik realities of this community. But, by totally fabricating a story so far from the truth, he reveals a hate-infested agenda.

Rabbi Katz is even cleverer when he ends with a suggestion that there are two sides to this dilemma. Having slammed the one side as being stuck on an ancient minority opinion, he now can afford to be generous and try to suggest what moves these pathetic Jews who so disdain their non-Jewish brethren that they think nothing of stealing from them. Rabbi Katz, this attempt to disguise your venom in the clothing of reasonableness, is an utter failure. You have done wrong. You have chosen as your audience readers who, in the main, are incapable of evaluating what you are saying. I condemn the financial wrong-doing of anyone of the Lakewood residents who get convicted. I urge the Lakewood community to see what they can do to avoid a repeat of this. In fact, the Lakewood Vaad has already announced a series of intensive educational programs in response to this incident. And I urge Rabbi Katz to stop the dangerous rhetoric that he displayed in his article.

One Response to “The Lakewood Controversy”