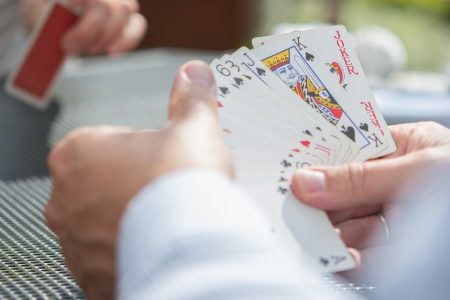 Moshe and Yocheved (names changed) are your regular yeshivish couple. Moshe grew up in Flatbush, learned in Eretz Yisrael, and upon returning to the US, continued learning. Yocheved grew up in a Torah’dik family in Far Rockaway. She went to the local schools and attended one of the top-tier seminaries in Yerushalayim.

When the “freezer” opened, Moshe was redt to Yocheved. After their marriage, Moshe continued in kollel until he went to work. Moshe still davens in a minyan three times a day and learns regularly. Yocheved is true eishes chayil, a loving and caring mother and wife.

Moshe and Yocheved are your classic yeshivah-oriented and yeshivah-educated family. Their home is a seemingly functional and stable Torah home. Moshe and Yocheved don’t daven by me; nevertheless, two years ago they called and asked for a meeting. They explained they were embarrassed to speak to their rav so they came to me. (A quite common occurrence nowadays.)

They began to talk about their youngest son, 17-year-old Yossi. Yossi was restless. He had made the rounds of the local yeshivos and after attending three different high schools, decided that school was not for him. He had recently moved out of the house and was hanging with the “wrong crowd.” Yossi was no longer shomer Shabbos and his mother had found leftover fast-food in his room from a local treif eatery.

The two of them began to cry; they were beside themselves with pain and guilt. “What did we do to deserve this?” Moshe cried. “After all of the years of chinuch, he turns his back on us?” wailed Yocheved. My heart went out to them as I felt their pain and their sense of helplessness. I listened to them and reminded them that whatever happens they must always love Yossi unconditionally as they do all of their other children who are on the straight and narrow. If anything, an “off-the-derech” child needs your love and support even more than the others.

Nothing I said was creative or original… we all know how Avraham Avinu continued to love Yishmael. I continued to encourage them to make the effort to connect with Yossi and not to blame themselves or be judgmental of Yossi. Simply to show love; never to criticize.

Moshe’s and Yocheved’s lives moved on; we had no contact for a year and a half. Six months ago Yocheved called me. Yossi wanted to come visit them for a Shabbos meal; however, consenting to his visit would also mean recognizing his not keeping Shabbos as he would arrive on Shabbos day.

“Can we allow him to come if we know he is going to be driving on Shabbos?” Yocheved asked. “We should say no, correct?”

Without hesitation I said, “No, not correct. Not only should you encourage him to come, you should tell him that whenever and however he comes to your house he should know that he is welcome and his presence at your home will bring you the greatest joy.”

Both Moshe and Yocheved were surprised by my advice, but they followed my direction. Last week Yocheved called me. No, Yossi is not shomer Shabbos and he has not cut off his ponytail. However, he has begun to visit regularly with his parents, and the tension and even the pain has subtly subsided.

Are things perfect? No, they are not. But whose life is? Mine certainly isn’t. We must never feel entitled to be dealt a perfect hand of cards. That’s not how life is; everyone has their difficult cards. Our task is to accept our hand as is, and do the best we can with the cards we hold.