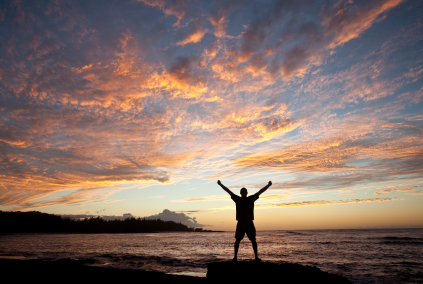 One of the central elements of the Yomim Noraim is the concept of z’chus avos, which states that we, as children of our holy forefathers, can tap into our ancestor’s great spiritual merit and achieve a degree of atonement that would otherwise be impossible. Despite our own inadequacies, we are able stand before Hashem and beg forgiveness due to the special relationship that our progenitors enjoyed with Him.

The obvious question is how is this possible? How can it be that Hashem, the ultimate arbiter of truth and justice, would look past our actual deeds and grant us special reprieve simply because of our lineage? Is it logical to suggest that despite the fact that we may be as guilty of sin (at least on a relative level) as the gentile nations around us, we can be exempted from our poor behavior just because of a special bond which took place some four thousand years ago? Where is the evenhandedness in such judgment?

Before we attempt an answer to this question, let us first endeavor to reach a clear understanding about the roles and relationship between Hashem’s attributes of din and rachamim (strict justice and mercy, respectively).

Typically, we perceive these two attributes as mutually independent elements of Divine justice. Hashem either chooses to judge a person strictly or He applies compassionate mercy, and softens the severity of the true judgment against sinners.

However, this understanding is wholly inaccurate. Rashi, commenting on the first verse in the Torah, questions why it is that throughout the entire first chapter of Genesis only the name “Elokim” – the Divine name used to express strict justice – is used when referencing the Creator. Yet, at the beginning of the following chapter (2:4ff.), the combined term of “Hashem Elokim” is utilized (a term indicating that not only had rachamim become incorporated into Hashem’s mode of judgment, but had even bypassed din as the primary means of ruling). Rashi’s response provides us with a new insight into our discussion.

Since the earliest stages of creation, Hashem deemed it necessary for din and rachamim to be melded together to form one complete entity, working together harmoniously in response to man’s misdeeds.

But how does this work? How can din and rachamim be used in conjunction with one another to achieve a desired result?

Rav Dessler (Michtav M’Eliyahu, Volume 1, p.8ff.) explains this idea through the use of the following example. Suppose that there are two young men who each rob a bank of the same amount of money. One was raised in a crime-riddled community without proper parenting and guidance. The other comes from an upstanding home; now, he has fallen in with the wrong crowd, and has turned to a life of crime. 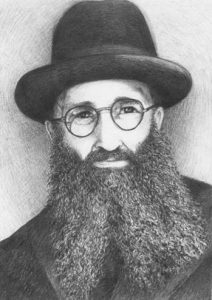 The judge, who happened to be a roommate with the second thief’s father during law school, rules that the first thief must spend two years in prison. His friend’s son, however, is required to pay a small fine and contribute 200 hours of communal service.

At first glance, this inconsistency in judgment would appear to be highly inappropriate. After all, they committed the same crime. If anything, logic would dictate that the criminal from the depressed neighborhood should be treated with more clemency, while the one who was raised in an upscale setting should be reprimanded more severely. Certainly, the judge would want to avoid any possible accusations of impropriety by letting his friend’s son off easy.

Yet, that is exactly the same type of “impropriety” which we ask Hashem for every time that we ask him to spare us in the merit of our forefathers (as we noted above)!

Rav Dessler explains that the proper objective of justice is not to punish criminals or sinners for their misdeeds. Rather, the goal must be to correct the crime or transgression so that they are not repeated in the future.

In the case of the second criminal, who was raised in a home that valued proper conduct and respect for the law, this objective can best be achieved through a more lenient approach. This particular young man understands deep down what is right. With some additional guidance and a return to a strong, healthy environment, he can be redirected along the proper path. Under these circumstances, even “justice” would agree that leniency offers the best means of turning this young man around. Time in the penitentiary would only exacerbate the problem.

The first criminal, on the other hand, does not possess a clear sense of proper social conduct. From his perspective, crime is a way of life, a means of survival. To allow him immediately back on the street would almost guarantee future repetition of criminal activity, which could result in even more dire results. Here, “mercy” would advocate for a stricter punishment, to suffer more today with the hope of a better tomorrow. 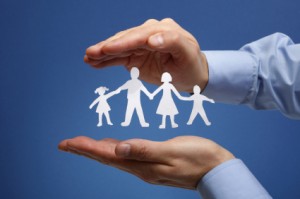 When we ask Hashem to factor in His love for our forefathers as part of our judgment, we are not looking to simply take advantage of positive past relationships. Rather, we are asking Him to see the latent potential within us as children of Avraham, Yitzchok and Yaakov, and judge us in that light. In that respect, we are like the robber who comes from a good home environment but has become entangled with negative influences. Gentile nations, however, lack that pedigree, and cannot tap into the same reservoirs of proper conduct.

By asking Hashem to grant us clemency in the merit of our forefathers, we are not asking Him to “play favorites.” Rather, we are imploring Him to look deep within us and see us not only for our past misdeeds, but also for our future successes. We hope that He chooses to focus on the latent potential which lies imprinted within each of us and grant us the judgment which will allow us to convert our great potential into reality.

As we approach Rosh Hashana, let us aspire to give Hashem every opportunity to see us as true descendants – spiritual as well as physical – of the Avos and thereby achieve the type of favorable judgment that we all desire.

Rabbi Naphtali Hoff, PsyD, is an executive coach and President of Impactful Coaching & Consulting. He can be reached at (212) 470-6139 or at nhoff@impactfulcoaching.com. Learn more about his new book, Becoming the New Boss and download a free chapter at BecomingtheNewBoss.com.