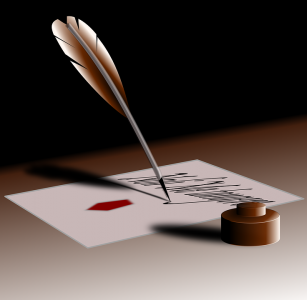 One of the most potent (and perhaps THE MOST POTENT) elements in communication is ‘the narrative.’

The ‘spin’ placed and the interpretation of events is the critical factor in how we internalize events. Let’s begin with something which is currently being discussed in various forums all over the world: the Six Day War which was being fought exactly 50 years ago this month.

Here are a few quotes from Wikipedia regarding the war:

–  The Six-Day War was fought between June 5 and 10, 1967 by Israel and the neighboring states of Egypt, Jordan, and Syria.
–  On June 11, a ceasefire was signed.
–  Arab casualties were far heavier than those of Israel: fewer than a thousand Israelis had been killed compared to over 20,000 from the Arab forces.
–  Israel’s military success was attributed to the element of surprise, an innovative and well-executed battle plan, and the poor quality and leadership of the Arab forces.
–  Israel seized control of the Gaza Strip and the Sinai Peninsula from Egypt, the West Bank and East Jerusalem from Jordan, and the Golan Heights from Syria.
–  Israeli morale and international prestige was greatly increased by the outcome of the war and the area under Israeli control tripled.

There are at least three facts from the quotes above which are more or less indisputable:

2. Arab casualties were far heavier than those from Israel.

3. The area under Israeli control tripled

Besides these enumerated few ‘facts,’ almost nothing else about the ‘meaning’ and ramifications of the war is agreed upon and everything from the theological implications of the war to the moral consequences of the Israeli victory is dependent on one’s ‘narrative’ (or ‘spin’) of the events.

For starters, let’s look at the theological interpretations of the war. There are rabbinic scholars and thousands of mitzvah-observing Jews who believe with ‘complete belief’ that the war was nothing less than the revealed hand of Hashem and His salvation of the Jewish people. It has Messianic meaning and indeed it is a clear and revealed step in the Messianic process. See the following and here for example:

“An ultra-orthodox rabbi, HaRav Tzvi Yehudah Kook saw the Six Day War as a sign from G-d that the redemptive process was fully underway. The rabbi gave a powerful speech just three weeks before the Six Day War revealing his despair over the pre-1967 boundaries that Ben Gurion and other Labor Party leaders had accepted for Israel:

‘…Nineteen years ago, on the night when news of the United Nations decision in favor of the re-establishment of the State of Israel reached us, when the people streamed into the streets to celebrate and rejoice, I could not go out and join in the jubilation. I sat alone and silent; a burden lay upon me. During those first hours I could not resign myself to what had been done. I could not accept the fact that indeed ‘they have…divided My land’ (Joel 4:2)!
Yes [and now after 19 years] where is our Hebron–have we forgotten her!
Where is our Shechem, our Jericho–where?! Have we forgotten them?!’

After the war Rabbi Kook was elevated to the status of prophet. He told his followers to go live in the holy city of Hebron.”

On the other hand, there are other rabbinic scholars and thousands of other Jews who are convinced that the victory of the war is a test from Satan and was in no way miraculous:

“In general a person needs to know that he should not be excited and impressed with any miracle or sign and wonder or success of the wicked or their ilk. That is because all of them are only tests from Satan…”
(My thanks for the translation to Rabbi Daniel Eidensohn of Daas Torah blog.) 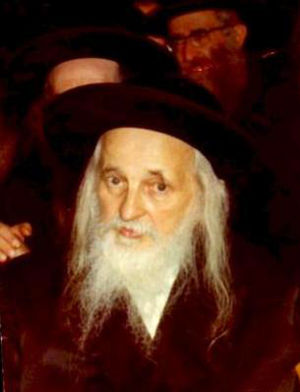 Yet, my point is not to endorse or critique or even comment on any of the above stated opinions; rather, my goal is simply to cause us to realize that our views on events, be they political, religious, personal, communal or familial are colored and shaped by the narrative which we choose to adopt and endorse from what is usually a cacophony of various opinions and options.

For religious interpretations of world events such as the Six Day War we – as committed Jews – should of course follow the religious dictum of “Asei Lecha Rav” – appoint for yourself a mentor – and abide by their wise counsel. However, with regard to more mundane and pedestrian matters such as personal relationships, we would be wise to attempt to fully gather as many facts as possible before accepting any one narrative as the truth.

Often, the narrative which is most often disseminated – be it by social media or by word of mouth – is not necessarily the most accurate. Take for example the belief that a Jew who violated the Torah prohibition of acquiring a tattoo is prohibited from being interned in a Jewish cemetery. This myth despite its widespread acceptance among many Jews and non-Jews is totally without basis and is absolutely false. Nevertheless, the false narrative has taken on a life of its own.

I write these words specifically with regard to how we relate to each other as human beings. Too often because of gossip (Loshon Hora) and rumor mongering individuals, we accept ‘narratives’ which are being peddled to us without attempting to honestly evaluate the veracity of the narrative being ‘hawked.’ The list of examples of how false narratives become ‘fact’ is very alarming and our inability to decipher the true narrative has become that much more challenging because of the widespread usage of social media and our long held ‘misbelief’ that if something is in ‘print’ (even in the virtual print-world), it must be true.

The next time someone informs you of something about someone or some ‘fact,’ ask yourself, “Is this narrative the only narrative possible to explain the incident related?”  Your answer to that question is as important as the difference between fact and fiction.