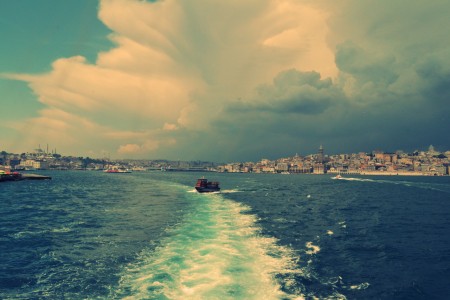 On June 10th, 1977, an Israeli freighter ship, the ‘Yuvali’, en route to Taiwan, sighted 66 half-starved and sickened Vietnamese refugees who were part of the thousands of “Boat People” who were desperately trying to escape the tyrannical Communist regime of Viet Nam. Captain Meir Tadmor telegraphed Haifa for permission to take them aboard, even though his ship carried only enough life rafts and jackets for his 30-member crew.

Still, he had no choice but to pick up the refugees, he said, because “they are poor in body and morale.” Yet the Yuvali found no port willing to accept the starving men, women and children. Captain Tadmor made an unscheduled stop in Hong Kong for desperately-needed medical attention; authorities in the British crown colony refused to allow them ashore. Equally inhospitable were authorities in Taiwan: they prevented anyone from getting off. The refugees received a similarly cold reception at Yokohama, Japan.

Menachem Begin’s first act as Israel’s new prime minister was to offer asylum to the 66 Vietnamese. Only then did Taiwan allow the group to disembark, where they were whisked to Sung Shan Airport for a flight to Israel. As Begin explained to then-U.S. President Carter: “We never have forgotten the boat with 900 Jews [the St. Louis], having left Germany in the last weeks before the Second World War… traveling from harbor to harbor, from country to country, crying out for refuge. They were refused… Therefore it was natural… to give those people a haven in the land of Israel.” For a full story of this incident see here.

There are many times in life where a Jew is granted an opportunity to make a true Kiddush Hashem. There are times we have the privilege of showing the world that we as Jews are compassionate and kind people to all of G-d’s creations and all of G-d’s children–Jew and non-Jew alike.

The acceptance of moral responsibility is not an easy task. Misplaced tribalism and of prejudice can often stain our moral compasses and preclude us from doing what is right and compassionate. Thirty-seven years ago today, Menachem Begin, a man who lost his family in the Holocaust and saw up close how racial hatred and bigotry can bring about horrific consequences was determined that the State of Israel would never repeat the mistakes of the past. He realized that by embracing these downtrodden souls and by aiding and supporting them he was doing the only possible Jewish response to human suffering and that is to reach out and help.

In the current atmosphere of xenophobia and tribalism which is so pervasive in religious circles, it is incumbent upon us never to forget our moral foundations–compassion for all people. We are “Gomlei Chassadim” and “Rachmanim”; we are people who act charitably towards all and are compassionate to all. Remember, caring about another human being is a Jewish thing to do. You don’t have to vote with liberal democrats to be a caring person; and just because you are Orthodox does not mean you cannot reach out and be compassionate to all of Hashem’s children. The opportunities are endless and the results profound.

When a “good morning”, a “warm hello,” a “thank you” is offered you are being a good Jew; all of these small gestures are so needed and necessary in our current society. When you are compassionate to someone, you are not just doing the right thing, you are doing the “Jewish thing”.