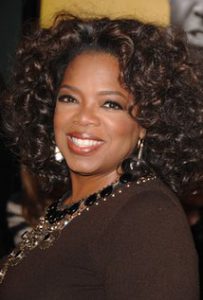 Seeking spirituality is hot today. To such an extent that even Oprah Winfrey produced a seven-part television mini-series in 2015 entitled “Belief” exploring faith and spirituality.  Atlantic Magazine reported on October 18, 2015,

“The breathtaking aesthetics of ‘Belief’ are reason enough to watch. Oprah spent a heap of cash over three years to produce a series packed with stunning cinematography and effects and a soaring score. The package is reminiscent of BBC’s epic ‘Planet Earth,’ a similarity that Winfrey has admitted was intentional. Oprah’s celebrity status and the big-budget quality she was able to provide make for a powerful combination. But the billionaire media mogul is both ‘Belief’s’ greatest asset and its highest hurdle. She was widely admired during her talk show’s heyday, but things shifted among her religious fans when she began espousing an eclectic spirituality. She claimed that there are ‘millions of ways’ to get to G-d and endorsed New Age gurus like Deepak Chopra and Eckhart Tolle.”

Rabbi Dovid Gottleib’s acclaimed text, Reason to Believe, presents logical evidence for Torah MiSinai and principles to enable any Jew to make the rationally sensible decision to believe in G-d and a Divine Torah. Nevertheless, with free will as a cornerstone of Judaism, Rabbi Gottlieb’s clarity has been incorporated by far too few outside of Observant Jewry, with assimilation unabated at 85% in Europe and 70% in the USA. Why should that be? Do they buy into Oprah’s “millions of ways?” With so much compelling Torah available (virtually) everywhere today, we’d expect shuls, Jewish schools, kollels, outreach centers and yeshivos overflowing with new members and unfortunately that’s not the case. Why not?

For one powerful perspective, read the insightful Pharoah Fantasy written by Rabbi Yisroel Miller in his book, What’s Wrong with Being Happy.

To help introduce newcomers to explore Jewish spirituality, see the four-part NLE Morasha shiurim on the Jewish Vision of Spirituality.

See also the NLE Morasha shiur on the Jewish Understanding of G-d.