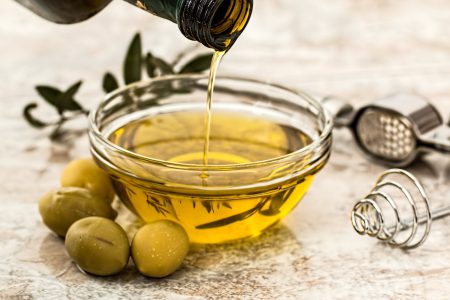 The first question with Chanukah is — what happened?

The short version of the story is that the Greeks along with the assimilated Helenized Jews tried to destroy Judaism by imposing Greek values on the rest of the Jews. A small group of Jews (the Maccabees) successfully battled back and managed to maintain traditional Jewish values for the Jewish nation.

How Does this Apply to Us?

Due to the cyclical nature of time, we know that this same dynamic occurs every year at this season. The Western world still poses a challenge for Judaism throughout the year, but most particularly during this time of the year, through the Western values that every Jew is confronted with today. And, unfortunately, it is still only a small number of Jews who are trying to battle back to maintain our traditional Jewish values.

Therefore, our goals with Chanukah are to understand:

What exactly are these Greek/Western values that are so destructive?
How do they differ from traditional Torah values?
How does Chanukah specifically help us to fight them?

A Look at Parshas Lech-Lecha

Parshas Lech-Lecha touches on some of these issues. The opening verse (Bereshit 12:1) discusses three things that Avraham is commanded to leave behind:

“And G-d said to Avraham — Go for yourself from your land, from your birthplace, and from your father’s house, to a land that I will show you.”

These three things — land, birthplace (i.e., the region within the country where he is presently living), and father’s house (the actual home he is now living in) — seem to be out of order. Once one has left his country, he has necessarily also left his birthplace; and once one has left his birthplace, he has obviously also left his father’s house. Based on the order of this command for Avraham to leave, it must be that Lech-lecha (which means “go for yourself”) was not only a physical journey; it was a spiritual one as well — in which case, the order would be understandable (as explained below). And this may explain why the end of the verse — “to a land that I will show you” — never stated a specific destination for this journey. The nature of every spiritual journey is that we can never definitively know our destination ahead of time.

What did Avraham’s spiritual journey consist of? The three initial things were leaving his land, birthplace, and father’s house.

“Land” corresponds to nationality and patriotism — one’s primary identity and loyalty.
This is, of course, just as relevant for us to clarify today — Are Jews who are born and raised in America, for example, primarily American Jews or Jewish Americans?
“Birthplace” corresponds to community — the source of a person’s societal values. In every society, we need to ask ourselves — How do we know our values are right?
“Father’s house” corresponds to our most personal values, as well as our identity.

As the Torah continues, however, Avraham is subsequently required to give up his connection to many more things…