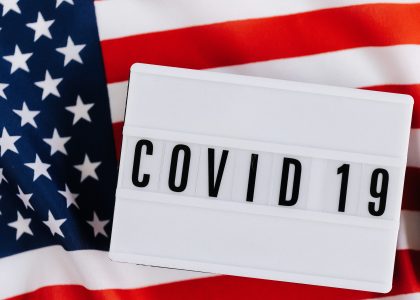 It is a truism that someone who truly lacks nothing will not seek out Judaism. Everyone who seeks out Judaism is searching for something that they sense they are lacking. Should we also presume that the greater the lack, the greater the Kiruv opportunity?

A longitudinal study has compared nearly 50 years of trends in public opinion data. [1] The latest survey was taken during Covid-19. Despite most Americans feeling satisfied with their financial situation, happiness is at a five-decade low. Only some of this has to do with Covid-19.

Insecurity Can Lead to Greater Materialism

We might think that the natural reaction to unhappiness is to search out spirituality. But that is not necessarily true. Dozens of studies have shown that people who go through periods of low emotional security react by intensifying their relationships with their belongings. They are less willing to lend them out and look to them for greater security. [3]

In one such experiment, a five-year-old boy is asked to describe his favorite belonging. He talks effusively about the dinosaur T-shirt his mom forced him to put in the wash that morning. Then he plays two simple computer games, trying, of course, to win. But the fix is in: experimenters have arranged that he will win one game and lose the other (and, to avoid suffering harm, will win a third and final game at the experiment’s end). After winning and after losing, he, like the other boys and girls in this 2015 study conducted by psychologist Gil Diesendruck of Bar-Ilan University in Israel and his colleague, is asked by an adult whether he would be willing to lend this favorite thing to another child for one night. The losers were far ready to do so than the winners.

Materialism is but another way for a person to try and fill themselves up. Although they cannot fill spiritual or intellectual needs, belongings come to provide emotional solace. They substitute for people and provide a certain sense of stability and reliability. [4] Some people try to increase their sense of social connection by assigning human attributes to things. [5] It is destined for failure, but that doesn’t mean that people won’t naturally default to that attempt. It does, after all, dangle the possibility of instantaneous gratification in front of us.

The Pew and other studies showed that the two fastest growing groups in Jewish America are the Orthodox and the unaffiliated. Other studies show a secularization of America in general. Will that fact make it harder to mekarev Yidden? We will dedicate a separate blog to this subject. But for now, let’s just say that unaffiliated does not mean less spiritual. The fact that people don’t want to go for parve options (Reform, Conservative) is more an indication of a desire for greater authenticity rather than a desire to have no Judaism in their lives at all.

The above data points to the possibility of unprecedented Kiruv opportunities, but we will be competing with many other opportunities. Here’s a provocative thought to end with. I believe that we will have to significantly change our model to take advantage of this.

[1] The data is taken from the General Social Survey (GSS), an ongoing project which NORC at the University of Chicago has conducted since 1972. A summary of this study can be found at https://www.futurity.org/americans-happiness-survey-2388342/. Here is the Original Study.

[2] Cindy Hazan and Philip Shaver, U. of Denver.

Rabbi Avraham Edelstein is the education director of Neve Yerushalayim College for Women and a senior advisor to Olami. Many of Rabbi Edelstein’s foundational publications addressing the world of Kiruv appear on OlamiResources.com: Series on Kiruv and Chinuch, Commentary on Chumash and Yom Tovim, The Laws of Outreach, as well as contributing articles.