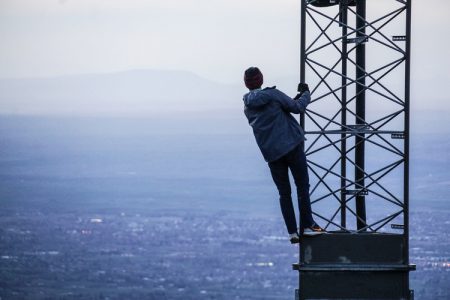 I wanted to see how these organizations would communicate with me, a new donor, after they received my support, all the way through to their next online campaign.

How you thank, recognize and appreciate your donors, influences if they give again. Especially those who came through an online campaign.

There is so much data available to guide us in best practices of donor retention.

In fact, not to listening to the data is costing mosdos Torah so much lost support.

Here is some important data to drive how we should communicate with donors from influencers in the fundraising world.

– Research by McConkey Johnson found that first-time donors, who received a personal thank you within 48 hours of their donation, were ‘four times’ more likely to give again.

– Goodworks 2017 research found that a one-minute thank you phone call to new donors increased the amount of second year gifts by 30%.

– The Agitator data found that a ‘thank you call’ generated a 72% increase in gift size on their first-year donations.

This data is telling us, that thanking your donor as close as possible and as personally as possible, increases the amount of donors who give again. And influences the size of their next donation.

What did I find in my mini experiment?

Aside from an auto generated ‘Thank You’ receipt email by the online platform at the time of donation, I received just three ‘Thank You’ emails from twelve donations!

Some of the organizations added me to their email lists, so I began receiving emails of their activities. Not what I wanted.

The first time I heard from most of them was at their next campaign, when they wanted my support again.

It’s not that any of these organizations didn’t appreciate the support. I suspect that for most of them, they did not have a system set up to effectively thank their donors after a large online campaign.

You’ve received a ton of large, medium, small and new donors. There’s a simple way to equip yourself to deal effectively with your donors.

Decide up front HOW you’d like to thank your large, medium and smaller donors. Each requires a different amount of effort.

This we call a THANKING PROTOCAL.

When putting a Thanking Protocol together, take into account two important rules that the research shows.

RULE ONE to effective thanking is – SPEED.

Use the 48-hour rule. Thank your donors within 48 hours of their donation. It’s key. Even faster is better.

Make your thank you’s as personal as possible.

HERE’S AN EXAMPLE OF A ‘THANKING PROTOCOL’ for after any large campaign.

– Donors of $1000 or more, receive a personal call/text/email ASAP at the time they make their donation. A follow up call from you within 24 hours. A follow-up snail mail note one week later.

This way, you’ll make the ‘art of thanking’ something that makes each and every one of your donors feel so appreciated.

And next time you ask, they’ll more likely give and give again.

Avraham Lewis guides Jewish leaders, running mosdos Torah, to change their current reality and to ‘up’ their fundraising game and personal productivity – using effective mindsets, strategies and techniques, which have a track record of raising more funds.