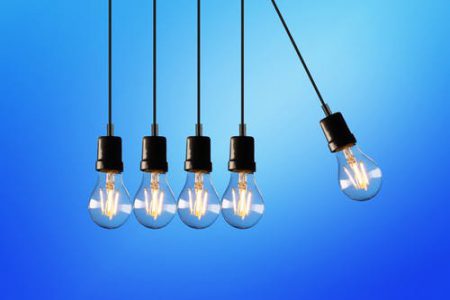 In our last post, we introduced the 3 I’s of leadership: integrity, influence and impact, and discussed how leaders can live and lead with increased integrity. In this post, we will focus on influence, and how a leader’s integrity directly allows them to influence others.

At the heart of great leadership is influence, as in the ability to influence others to do what needs to get done.

In a piece written for Forbes, Kevin Kruse defines leadership as “a process of social influence, which maximizes the efforts of others, towards the achievement of a goal.” I like his approach because it factors in some important primary leadership elements: (social) influence, others, effort optimization and goals.

Leadership is about influencing others, rather than demanding and coercing. It speaks to the ability to win people over to a new way of thinking and practice, through idea sharing, collaboration and role modeling. It emphasizes persuasion and motivation over coercion.

Influence occurs primarily through emotional connections, such as when we share triumphant or challenging times together. It also develops when leaders routinely demonstrate feelings of appreciation, care, concern, and empathy.

In a speech to graduating cadets at the Royal British Military Academy in 1944, General Dwight D. Eisenhower said: “You must know every single one of your men. It is not enough that you are the best soldier in that unit, that you are the strongest, the toughest, the most durable, the best equipped, technically—you must be their leader, their father, their mentor, even if you’re half their age. You must understand their problems. You must keep them out of trouble; if they get in trouble, you must be the one who goes to their rescue. That cultivation of human understanding between you and your men is the one part that you must yet master, and you must master it quickly.”

Clearly, this message has been embraced by the United States military as well. Simon Sinek is a best-selling author on team-building. He learned some of his core leadership beliefs from Lt. Gen. George Flynn, a United States Marine Corps official. Flynn was explaining what makes the Corps so extraordinarily tight-knit, to the point that they willingly entrust their lives to one another. He told Sinek that when Marines line up for their food each day, the most junior officers go first, following in rank order. Their leaders eat last. Such procedures are not recorded in the Marine Corps handbook or procedural code. Nor are they expressed at roll call. It’s just the way that Marine leadership views their responsibility.

Many people think leadership is about rank, power, and privilege. Marines, however, maintain that true leadership is the willingness to place others’ needs above your own. That’s why Sinek titled his 2014 book Leaders Eat Last: Why Some Teams Pull Together and Others Don’t. True leadership, he writes, is about empowering others to achieve things they didn’t believe possible.

Another way to become more influential is to build strong relationships with your people based on communication and empathy. As the saying goes, “I don’t care how much you know until I know how much you care.”

The process of connecting with your professional team begins with becoming acquainted with them as individuals.

Try to learn and understand their strengths and their goals, professional as well as personal. What are they passionate about? What are their concerns?

People appreciate when you take an honest interest in then and demonstrate care. They also love it when you can identify specific qualities and behaviors that make them special.

I remember once sitting around the table with my faculty advisory committee. The committee consisted of four teachers from different grade levels and disciplines in the school and was designed to offer me feedback on various programs and change initiatives as well as be my ears on the ground. At one point the conversation moved to hand written thank you notes that I had penned to each staff member over the summer. The text was largely the same for each note, with one unique line for every staff member that highlighted a personal quality. It read: “I really appreciate the way that you…” and would focus on something like a teacher’s passion, creativity, contribution to the team, etc.

One committee member was the least senior within the group. She was also the quietest. At one point in the conversation, the topic of the notes came up. She commented on how much the note she received meant to her. She had posted it on the wall above her desk and looked at it often for inspiration.

There are a number of ways for you to form a more personal relationship with your people. One is to schedule one-to-one meetings in your office. You can also drop in at their workspace for an impromptu chat or even make up to go offsite together. I personally prefer the latter two options because they even out the playing field between you and your reports. Both also offer unique opportunities for the new boss. If you talk in their office or at their cubicle, perhaps you can use that opportunity to notice something special there, such as pictures that your coworker has displayed, an inspirational quote, or some cute collectibles on her desk. These could serve as interesting conversation builders and also give you valuable insights to tuck away for a later time. Meeting offsite offers a change of pace as well as more focused conversation, far removed from the office hubbub.

Once you have succeeded in developing positive professional relationships, it is more likely that people within the organization will candidly update you on internal developments, warn you about potential challenges or landmines, and even tolerate your mistakes more willingly. This can be very valuable, particularly at the beginning of your tenure.

By prioritizing the well-being of their people, exceptional leaders motivate their workers to give everything they’ve got to advance the organization. Peter Drucker once described it as, “lifting a person’s vision to high sights… raising… a person’s performance to a higher standard…(going) beyond its normal limitations.”

Naphtali Hoff, PsyD, is an executive coach and President of Impactful Coaching & Consulting. Please see his website, ImpactfulCoaching.com. For a free, no obligation consultation, please call 212.470.6139 or email nhoff@impactfulcoaching.com. Check out his new leadership book, “Becoming the New Boss,” on Amazon and on the book site, BecomingtheNewBoss.com.